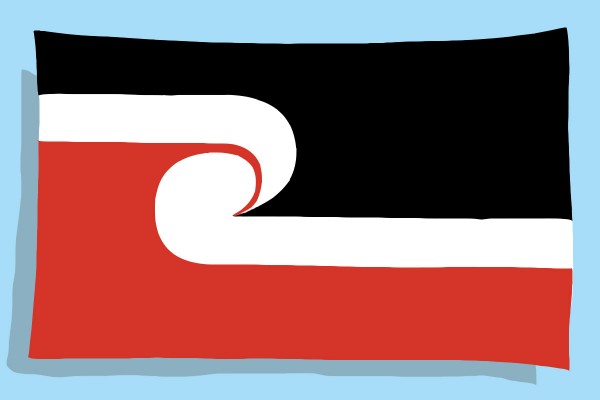 OPINION: Priority Should Be Given to Māori Students When it Comes to Teaching Te Reo

The use of te reo Māori has been revived over the past five years. Both non-Māori and Māori are now open to learning the language. However, with this spike in popularity comes the need for the appropriate resources and infrastructure to ensure that anybody who wishes to learn te reo can.

Some may wish to learn te reo to gain more knowledge on the Māori world. Some may wish to help play their part in amending the errors of the past. Some are Māori who wish to take back what was stolen.

On the other hand, some just take up the time and resources desperately needed to ensure te reo thrives. Māori papers or te reo are seen as easy points at University. They are a way for some students to ‘boost their GPA.’ A culture and language are reduced to a box to tick for your CV. But what is an ‘easy pass’ or ‘GPA boost’ to some, is also an uncomfortable experience of reliving generational trauma for me and many other Māori students.

As a Māori student, there are occasions where non-Māori turn and ask invasive questions like “why can’t you speak Māori fluently?” Pākehā need to understand that the learning process, which is easy and straightforward for some, can be uncomfortable for others.

Although Māori, I wasn’t raised to speak te reo. Sure, we learned it in primary school here and there, but it was never a big part of my upbringing. It wasn’t until years later that I was subjected to scrutiny for my lack of knowledge on the language. There was a broad assumption that because I was Māori, I was the go-to person for pronunciation and Māori issues. I had to admit that I didn’t know as much as people assumed I did. This is not my fault. The rest of my family members didn’t speak te reo, apart from the basics like most New Zealanders. This extends back as far as my grandparents and great-grandparents.

When I began looking to enrol in free te reo classes, my great expectations of reclaiming my past came crashing down. There was no space left. My other option was to enroll in Māori papers here at Otago, where I would be met with hefty fees and the possibility of being surrounded by people who held the attitude it was an easy paper.

For those who still hold the attitude that Māori studies is an easy subject, let me introduce you to intergenerational trauma.

Institutions such as the education system have been historically oppressive to Māori, resulting in loss of language, culture and sense of identity. Te reo was banned from schools in 1867 in attempts to create a monolingual nation. By 1890, the policy morphed into a system where Māori children entered school and the end goal was that they would finish their education being fluent in English. Teachers avoided te reo in the classroom and punished children for speaking te reo. The punishment included being caned or beaten in front of classmates, injuring students to the extent of sometimes even drawing blood.

Many of those who faced this treatment are still alive today and are unable to pass down te reo to the generations that came afterwards. These policies meant that throughout the 1900s, te reo was in significant decline.

It wasn’t the 1970s Māori renaissance period fought for the acknowledgment of stolen land, language and culture. New Zealand universities then began implementing Māori studies as a subject.

My lack of knowledge about te reo is not my own doing. Throughout history, Māori have been institutionally and generationally taught not to engage with te reo.

The takeaway message from this isn’t to turn away from learning te reo if you are non-Māori. It is to bring awareness that although we are getting better, there is still a shortage of resources when it comes to teaching te reo.

Priority should be given to Māori who wish to learn what is rightfully ours, and be able to do so in a safe space with others who have similar lived experiences. If you hold the attitude that it is an easy subject or a bit of a cop out, please be aware that you are using time and resources which could be given to those who rightfully deserve it. While there is no issue with wanting to be an ally to Māori or to engage with te reo, do so with respect and an awareness of how difficult the experience can be.