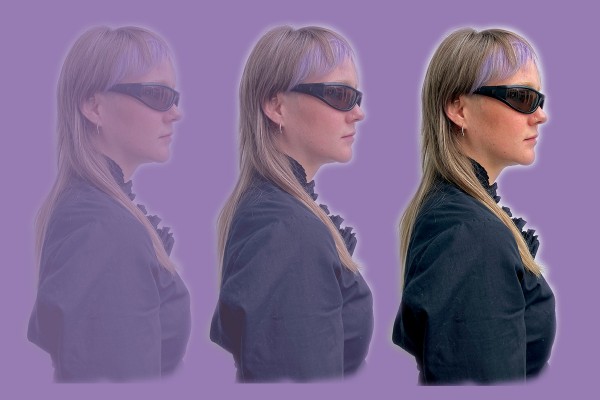 Mullets have a long history. The world’s first mullet was depicted on a metal deity figurine unearthed in an English car park, dating back to 1st-century AD (After Drip). Roman warriors with mullets were engineered for battle, their hair styled out of their eyes and difficult to grab. Murder in the front, party in the back. Ever since, history has been divided.

The unkillable mullet has risen yet again from the ashes of the ‘80s and hit the streets of the Dirty D. Critic approached a whole lot of drunk people on the last night of O Week and asked them for their thoughts.

One girl pretended to vomit when I asked for her opinion about mullets on boys, or at least I think she was pretending. Her eyes lit up when I asked her about mullets on girls. “Fuckin’ OATH,” she slurred, falling backwards into a pile of glass. A cop popped a squat beside her and asked if she was okay. “Mullets on girls are SO hot,” she continued, lying in the street, lost in a mullet-induced haze. Her friend lay loyally down beside her, and concurred.

The cop shared a conspiracy theory with me. “I think it’s like an initiation thing, you know, especially amongst boys. They all give each other these terrible haircuts at flat parties but since it’s not from a hairdresser, they really are terrible. They’re all disappointing their mums. Imagine going to your mum and saying, ‘hey mum, do you like my haircut?’ And the answer is ‘no’. Mullets aren’t sexy.”

“Mullets are something you can only do once in your life,” said one lad. “If you repeat it, it’s sad, but the first time it’s awesome. Girls are more likely to wash theirs, so I’m more attracted to them.”

One boy looked at my own mullet and asked if I was looking for compliments, which I was.

My validation was finally obtained from a group of ladettes who, in blessed drunk-girl-in-bathroom fashion, told me that while, boy mullets were gross, mine was “so hot”, and that we “Should totally hang out sometime! No really, I mean it babes!” (We did not hang out. Love you tho queens, xox.)

One partygoer said that girl mullets were sexy and abruptly fell silent. After a while, she blurted, “I think mullets on boys are sexy too. I know. I’m ashamed.”

“Men with mullets are hot because you know they’ll break the law with you,” said one girl from Timaru (it’s true).

Only one person, who could be described as a bootlicker, said that mullets were unsexy regardless of gender. “People are trying to imitate the worst part of 1980s New Zealand. We get it, you’ve watched Outrageous Fortune.”

Radio One Promotions & Programme Manager Tom Tremewan shared a  classist take. “Girl mullets are great, boy mullets are — well, I did see a great one just before actually. But they’re not for everyone. Art school softboy mullet yes, tradie mullet no.” Let it be known that Radio One 91 FM hates the working class.

Castle Street’s overwhelming consensus was that mullets are icky on lads, but sexy as hell on girls. The mighty mullet transcends sexuality. No Boys Allowed! Go to Jupiter and get more stupider, losers. The people have spoken. All hail the carpark mullet deity. 2021 shall be the year that the mullet rises ascendant once again.