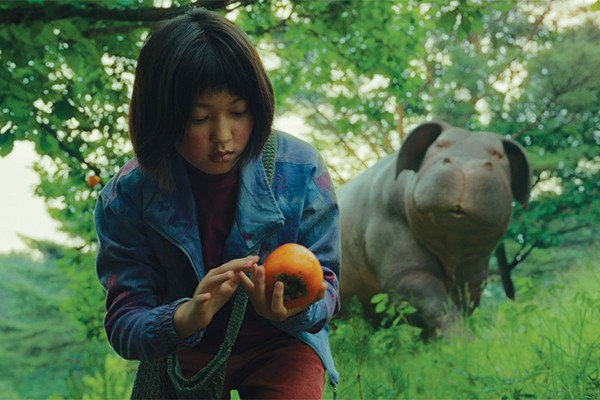 I found Okja to be less of a revolutionary film exposing the capitalist meat industry and more of a low ruckus. The cast boasts such powerhouses as Jake Gyllenhaal, Tilda Swinton and Lily Collins, all of whom create vibrant and intriguing performances. Even the young talent, the protagonist Ahn Seo-hyun, manages to muster a believable relationship with an animated hippo-looking pig. And it is Okja, the super-pig, who steals the show for this film, with her charming demeanour and clumsy navigation of the world around her.

However, no adorable super-pig can distract me from the gaping holes in this film’s story. The film examines the all too true reality of the consumerist and capitalist meat industry. The multiple protagonists fight to free the oppressed animals and topple the corporation processing them. However, the resolution of this conflict is far from revolutionary. Without spoiling too much, the way the protagonists solve the conflict is relative to how one would solve it in the real world. At face value, this seems fine. But this film has been praised for its fresh take on the meat industry. And rather than offering a different perspective, the film gives the viewer the logical, capitalist resolution it seemingly fights against.

Aside from this, the film is stylistically stunning and the animation of Okja and the other pigs is immaculate. Plus, I’m a sucker for Jake Gyllenhaal running around in shorts acting crazy.