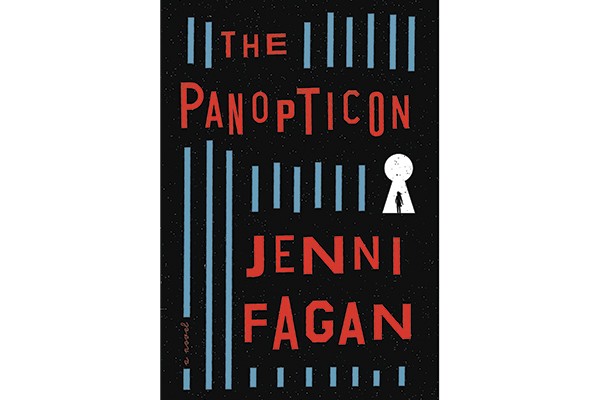 I studied this book for an English paper last semester and thought it was worth a review. Set in Scotland and with Edinburgh vernacular to match, the Panopticon is a sharp novel that examines the lives of the down and outs, the uncontrollable criminal youths and the doomed-to-fail losers of the world. Rough, right?

Our protagonist Anais Hendricks begins the story 15 years old in the back of a police car, school skirt drenched in blood, and with no memory as to why she is there. She is taken to the Panopticon, a home for ‘chronic young offenders’, originally designed by philosopher Jeremy Bentham, styled in a circle with a tower (‘inspection house’) at the centre so that staff may observe inmates at all times. Shady, I know. Anais enters the building in full defence mode, and seems pretty aware of how to cope in such a situation.

She is quick to make friends, first fighting a girl named Shortie, then proceeding to bond with her and the others. There’s Isla, the anorexic, self-harming, HIV positive teenage mother of twins and her lover Tash, who is working as a prostitute to save up money so they can escape and live together. Anais is an intriguing protagonist. She’s a vegetarian, a bit of a white witch, and, while tough, is ultimately kind. She describes herself as pretty ‘hard’, but doesn't mean to be cruel. It’s hard not to like her easygoing fuck-the-polis but save the squirrels lifestyle. She is, however, an unreliable narrator, and the Panopticon blurs the lines between fact and a drug trip. Throughout the novel there is a sense of conspiracy, whether it’s from the police, the social workers, or Anais herself; who knows what’s real and who to trust. Constantly paranoid that she was created from a petri dish and released as an experiment, she’s felt eyes on her long before the panopticon.

The Panopticon is a wild, acid infused coming of age tale for those beaten down by life and the ‘system’. It’s understandable why Anais is just over it. The world is a sick place. Raised into a normalised environment of drugs and prostitution, home jumping and violence, she is trapped until she’s old enough to break free. And she is constantly informed by her elders that she’ll be in prison before she gets a chance.

An entertaining book, tender and strong, The Panopticon mates pain with humour. “I want to cry and hit my head off the wall - and scream until I pass out, but I gave that up for Lent.”