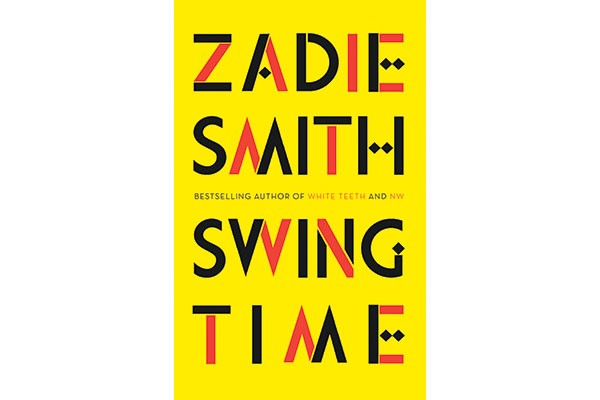 After being touted by several friends as one of the best writers alive today, I finally decided to pick up Zadie Smith’s Swing Time. She’s an incredibly accomplished writer, having won numerous awards for her five published novels, including the Orange Prize for Fiction, the Commonwealth Writers’ Best Book award, and the Ainsfield-Wolf Book award.

This novel can’t help but attract people from the get-go. Behind a bright yellow cover it tells the story of an unnamed protagonist and her childhood best friend Tracey, who are both of mixed race. Following their passion for tap dancing, the girls grow up in the eighties in a rough side of London, and form a strong relationship through family distress and schoolyard incidents. It is immediately clear that our protagonist lacks the confidence that Tracey leaks from every pore, and she takes control as the leader of the friendship.

The story flicks back and forward with each chapter, to incidents in the past, then the situation in the future, following the narrator to Africa, where she deals with culture shock, new friends, and a stressful pop-star for a boss, while memories of her friendship with Tracey come back to haunt her.

It is a long but comfortable read, set out carefully and told with brutal honesty. At first I found the narrator distant and naive, perhaps a bit too detached. The depiction of the pop star persona of the character Aimee, who employs the narrator, is familiar and irritating, from a distance I could see all my favourite pop singers presented in this one character. Smith calls attention to the colossal amount of bullshit that these stars churn out, jumping from issue to issue, vapid and vague, detached from everyone else; the contrast between Aimee and Africa is disturbing.

While Aimee does things only for herself, for a while I thought the narrator just as bad, if not worse, because she seemed merely to follow the rules, obeying constantly without question. She appears vulnerable and petty at times, which bothered me for a while, until the end, when she makes one firm decision and finally chooses a path.

This book makes you reminisce about that best friend you swore you’d always keep, but alas was doomed to drift apart from. It will make you consider why your parents do what they do; who they are as people rather than as role models.

I hung on to every sensitive word until the very end, the story returning eventually to the act of dancing. Swing Time comments on a million things: race, celebrity culture, girlhood, friendship, motherhood, passion, death, and identity. It left me with the feeling that you never really grow up, and that the concept of ‘adult’ is as fanciful as Santa Claus.

This is the first book I have read of Smith’s and I am eager to latch on to every other word in her repertoire, confident, after this read, that she may well be one of the best writers alive today.