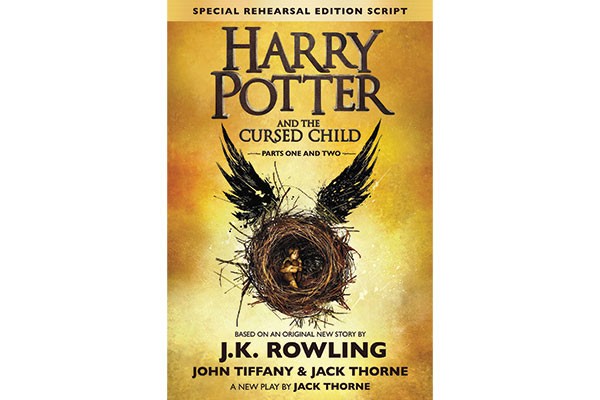 Picking up where the epilogue of the seventh Harry Potter novel left off, we see adult Harry Potter and Ginny Weasley sending their children off to Hogwarts. Their middle child, Albus Severus (what a burden of a name), is anxious about his journey to Hogwarts, despite reassurances from his parents. On the train, Albus befriends none other than Scorpius Malfoy, the son of Harry’s high school nemesis Draco Malfoy, much to the disgust of Ron and Hermione’s daughter, Rose Weasley. The play quickly covers the next few years of Hogwarts, where Albus is sorted into Slytherin and becomes jaded with Hogwarts, struggles with loneliness and harbours resentment towards his father and the legacy Harry left behind. He and Scorpius decide to steal a time turner in order to save the life of Cedric Diggory. This results in some exploration of alternative timelines, and shit really begins to hit the fan.

It was a pleasure to step back into the lives of Harry, Hermione and Ron, even if the story was mostly told from the perspective of their children. However, many readers were unhappy because they felt cheated, or that it wasn’t a full Harry Potter story. I think this is may be because it is a play and not a novel. Fans went into reading this play expecting the same level of rich detail and inner monologue that makes up a large portion of the Harry Potter novels.

There’s some poor decisions when it comes to gender. For example, Hermione becomes an angry, bitter spinster in an alternate reality where she isn’t married to Ron. When she is married to Ron, she’s happy and successful. There’s also a distinct lack of any LGBTQ* characters, and the only potential for representation is shot down by the end of the play.

Lastly, Harry says some regrettable things to his son, among many other instances where characters act unusually compared to their portrayal in the original novels. However, because this story is set twenty years after the last books, change is to be expected. Characters can and should develop over time, regardless if we have walked the journey with them.

Harry Potter and the Cursed Child fits into the universe well and continues with a story I care a lot about. I can’t wait to see it in play, and inevitably, movie form. I think it’s time to bust out the old Harry Potter books and have another re-read