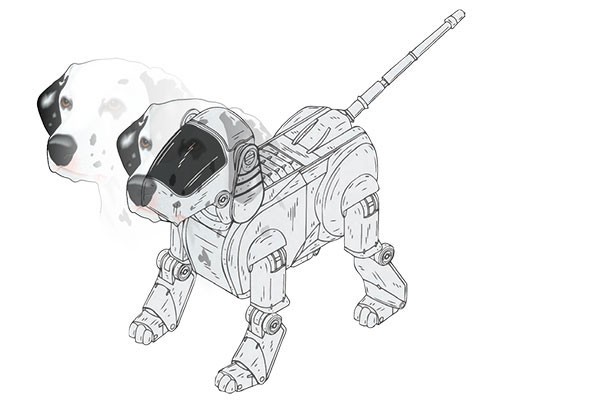 Why do we need…Robotic pets

Humans have always had a relationship with animals. From practical uses, like seeing-eye “dogs,” to the gimmicky, like courier “pigeons”, this constantly developing sector will alter the course of humanity.

Robotic pets are, exactly as the name implies, manmade animals (or insects) that are equipped with an array of sensors and motors enabling them to move freely, and are programmed to behave similarly as their biological likeness. The potential scope is nearly infinite. From practical uses, like seeing-eye “dogs,” to the gimmicky, like courier “pigeons”, this constantly developing sector will alter the course of humanity.

Humans have always had a relationship with animals. While debate will always rage over the domestication of animals (humans dominating the environment v. mutually beneficial), according to archaeologist Dr Melinda A Zeder, factors like group structure and their responses to humans helped those animals become domesticated. In creating robotic pets, we presumptively control every step in the process and will make an ideal version.

Dr Jean-Loup Rault, who studies animal behaviour and welfare, notes in his book Frontiers of Veterinary Science (2015) how pet ownership in the digital world can be expanded on when debating robotic pets. He discusses refinement, or recognising which animal would make a good robotic pet. The concept of a robotic dog is cool, but would a robotic tiger be any more acceptable as a pet than a real tiger?

Rault’s second point is that ownership is a luxury which most Western countries take for granted. The concept of riding a horse for fun and competition is lost on a person who knows horses only as a transportation device which can be traded with no real emotional attachment. Rault notes that urban development makes pet ownership unsustainable long term. While NZ generally is very lucky with back yards and easily accessible parks, it is no wonder that AIBO (a robotic dog) originated in Japan.

The last point Rault cites is that getting rid of biological pets and replacing them with robotic ones eliminates the potential hassle of having a real pet while still maintaining the emotional and mental balance of non-human companionship. A study done by Gail F. Melson studied three different age groups (preschoolers, school aged children, adults) and their perceptions of an AIBO. Melson noted that participants from all three groups projected some form of cognitive and emotional function onto the AIBO. A majority of the adult group saw their AIBO as a companion similar to a real dog, despite knowing that it is a piece of technology.

If people freely project traits onto their robotic pets, then further complications arise from the mistreatment of these “animals”. Logically, a robotic pet is a toy, a tool, a gimmick, an appliance. G. Jeffrey McDonald, writing for Christian Science Monitor asked the question “If you kick a robotic dog, is it wrong?” Lisa Lange, spokeswoman for PETA, is cited in the article agreeing that owing a robotic pet is a step in the right direction for those who may not be able to provide proper care for real animals. As far as PETA is concerned, a robotic dog is a piece of tin. I personally felt slightly unsettled watching videos of people kicking robotic dogs, but that could be the fear of damaging the technology inside.

The list of potentially available robotic pets is awesome. They include a snake like project (ACM-R5, HiBot), a tarantula (TX8, Robugtix), dogs (AIBO, Sony; Spot, Boston Dynamic), and a seal (Paro, AIST). There have been studies using robotic pets like Paro with sick and elderly people to aid their well-being, and there is a wider concern that those unable to form social bonds with humans may seek affection from their inanimate pet. For now a robotic pet is a cool toy, until World War Beta is initiated.

Tl; DR – Robotic pets have huge potential, but who decides which animal constitutes a pet.