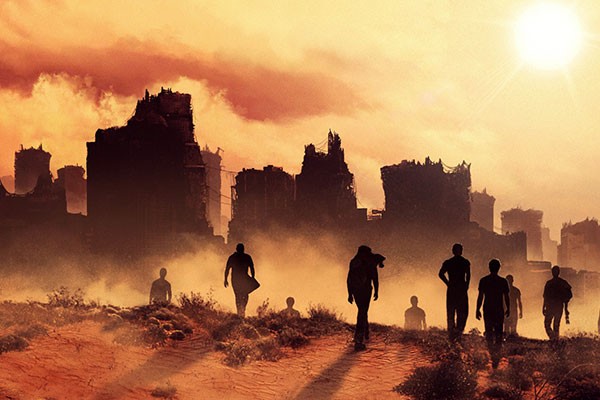 Maze Runner: The Scorch Trials is the second instalment of The Maze Runner series, following the survivors from the first film as they discover that the world outside the maze is just as dangerous as the one within it — if not more so. I first stumbled across Dylan O’Brien two years ago in the hilariously carefree film, The Internship. Although his portrayal of the cute, angsty, smartphone-obsessed nerd was brilliant, his role in The Maze Runner franchise is much more attractive and thrilling.

After being rescued from the maze, Thomas (O’Brien) and his friends find themselves in a concrete safe haven. However, they soon realise that they’re actually in a prison. Believing that a third party has rescued them, Thomas discovers that the organisation, World in Catastrophe: Killzone Experiment Department (known as WCKD), is behind the whole thing and that they are harvesting blood from the kids who survived the mazes.

Thomas convinces his friends that they need to escape and, with a short detour to pick up Teresa (Kaya Scodelario), who had been separated from the boys, they evade the countless men with guns, the electronic concrete doors, the spotlights and the motorbikes, and disappear into the night. The gang’s search for the Right Arm, a rebellion group hidden in the mountains, leads them across a desert, where they come across Cranks for the first time. Cranks are the zombies of this post-apocalyptic world, born of something both human and alien. The kids from the mazes are immune to the disease, which is why WCKD is so intent on harvesting their blood in the hope of finding a cure. Eventually Thomas and the rest of his group make their way to the Right Arm’s base — but not without danger and betrayal.

Although the film is bursting with excellent special effects, it was filled with too much action for my liking. As they say, “slow and steady wins the race” — something the director should have taken note of. There was never a pause in the hectic storyline, and the characters were always running. If it wasn’t WCKD chasing them, then it was the Cranks, or the normal people surviving out in the real world who knew about the price on their heads.

Despite my adoration of Dylan O’Brien, Maze Runner: The Scorch Trials had a busy plot, which I found exhausting rather than entertaining.