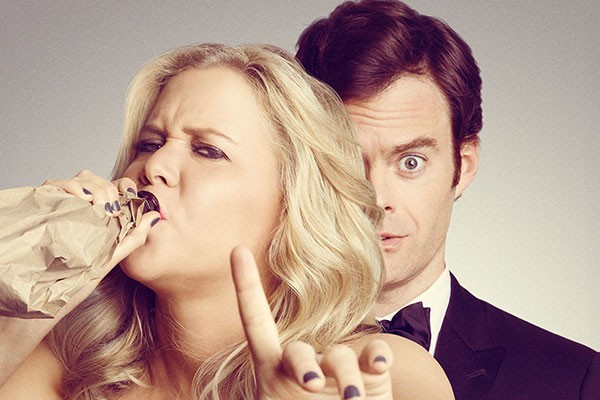 Judd Apatow’s rom-com, Trainwreck, is anything but a trainwreck — rather, it’s a tightened, secure and mostly enjoyable ride.

Trainwreck is about magazine writer Amy (Amy Schumer), who is a heavily career- and goal-oriented woman who barely gives the concept of monogamy the time of day, preferring to indulge in bouts of quick, yet unsatisfying, casual sex. However, while writing about sports doctor, Aaron Conners (Bill Hader), Amy starts to question her rejection of genuine romantic relationships in a familiarly formulaic “will-they-or-won’t-they” narrative typical of the rom-com genre.

At first, I was a little confused by the cast of actors and cameos — like John Cena and LeBron James. But their performances were delightfully surprising due to the colour and range that each individual brought to the film. Often, when it comes to rom-coms, there’s an idea of multiple branching stories that exist to “pair the spares”, but this was not completely the case in Trainwreck. Instead, it felt like each character had a distinct life of their own and developed themselves implicitly and purely through their performances.

However, once Trainwreck gets past its refreshing sex-positive premise and introduction of unique characters, it falls into the same routine you can expect from any romantic comedy. While the laughs don’t cease (although there are one or two moments of stagnancy), it was quite disappointing to see the film dilute its potential. The runtime was a little excessive, especially since it existed to accommodate some of the more uncomfortable and forced jokes that occasionally popped up. Luckily, the film’s plot and actors pulled Trainwreck through to stop that from completely being the case.

While Trainwreck isn’t overly groundbreaking and nor does it redefine the genre, it is an interesting, bright and entertaining rom-com with an exciting premise that lived on long enough for me to endure the wave of common romance tropes and clichés waiting beyond the first half of the film.