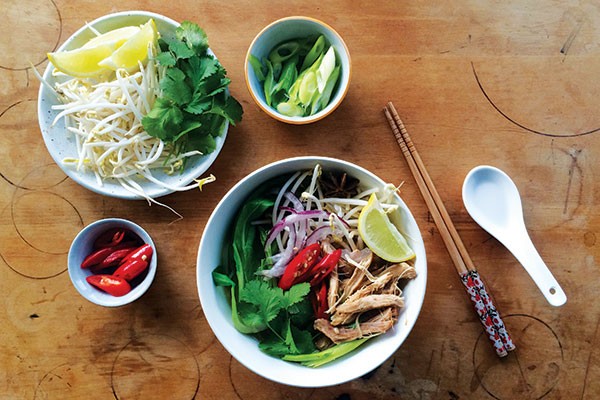 Pho, pronounced “fa” is a clear broth soup full of noodles, herbs, chilli and the meat of your choice. It is really healthy and has flavour enough to knock your socks off.

The broth is the most important part of this whole dish. Making your own really makes a difference but if you really CBF acquiring a whole chicken, then buy a good quality chicken stock and boil it away with the other broth ingredients for an hour or two.