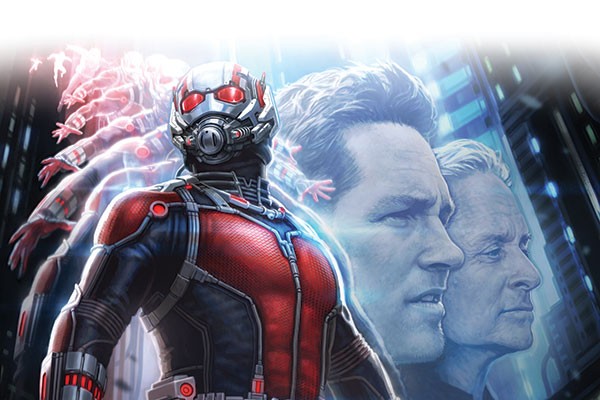 While I’m a huge fan of the Marvel films, and the concept of a universe teeming with superheroes is my wildest dream come true, my expectations of Ant-Man were incredibly low. Ants, while known for their strength, are not something that I would rave about. They aren’t relatable, they definitely aren’t cute, and a man who can shrink to their size isn’t what I would classify as “attractive”. However, Paul Rudd plays the unexpectedly loveable Scott Lang and brings to the character an edge of humour akin to that of Tony Stark (minus the wit).

After an initial attempt to remain on the straight and narrow following his release from prison, Scott decides to partake in one final heist — breaking into a rich man’s safe. Unbeknown to Scott, Dr Hank Pym (Mark Douglas), the former Ant-Man, has organised this heist and it is actually a test, one that Scott easily completes.

When behind the industrial walls of the safe, Scott finds the Ant-Man suit and subsequently learns of its power to shrink the wearer while increasing their strength. Under the eventual tutelage of Hank Pym’s daughter, Hope van Dyne (Evangeline Lilly), and Dr Pym himself, Scott discovers that Darren Cross (Corey Stoll), a former student of Dr Pym, has created his own version of the Ant-Man suit, which he plans to sell to HYDRA, a criminal organisation dedicated to global domination. To stop Cross’ plan from being realised, Scott must learn how to control the suit, as well as the ants, who are now his companions in the field.

The father-daughter relationship featured in Ant-Man transitions too quickly from dysfunctional to loving, which leaves the film feeling more like a family drama than a superhero movie. The film’s predictability and the hastiness of its resolutions, leave the audience little time to connect with the characters.

While it may not live up to the success of the other Marvel films, Ant-Man is an easy and enjoyable film that pleasantly exceeded my expectations.