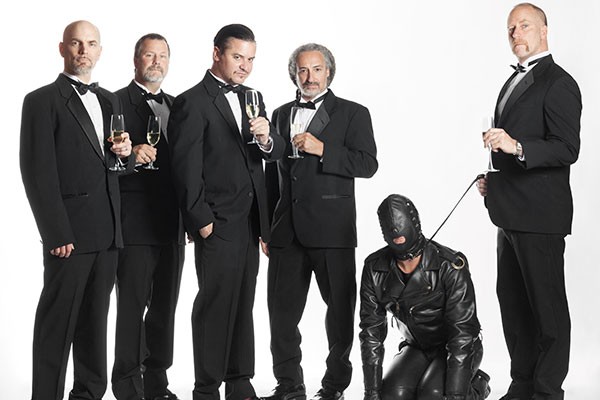 Faith No More are credited with spawning the alternative metal genre. They fused metal with many other styles, including pop, funk and alternative rock, paving the way for artists like Nirvana and the Smashing Pumpkins. Though their 1990 single “Epic” still receives regular airplay, Faith No More never enjoyed the same commercial success as the bands they inspired. By the time they released their bacchanalian 1992 masterpiece Angel Dust, Faith No More had established themselves as a band of uncompromising creativity.

1995’s King for a Day … Fool for a Lifetime and 1997’s jokingly titled Album of the Year saw the band grow all the more unmarketable. This is largely due to frontman and six-octave vocalist Mike Patton, who brought the experimentalism of his other band, Mr. Bungle, to the table. It was around this time that Faith No More also grew darker in sound. There is a sepulchral atmosphere to Album of the Year in particular, its songs “Helpless” and “Paths of Glory” possessing a grave beauty the likes of which we had never heard from Faith No More. Fittingly, Album of the Year proved to be the band’s final album. Or so we thought.

Sol Invictus is Faith No More’s first album in eighteen years. At a breezy 39 minutes, it is also among their shortest. Thankfully, not one of those minutes is wasted. Sol Invictus manages to reference each of the chapters in Faith No More’s history, as well as progress into new and exciting territory.

More than any other Faith No More album, Sol Invictus plays out like a story. The band returns from the dead on opener “Sol Invictus”, as groggy and cadaverous as you’d expect. Taking his first steps out of his moss-caked tomb, Mike Patton muses that he “can’t remember which god is [his] one”. For a band with a name as atheistic as Faith No More, religion and worship have never really featured in their lyrics up until now. However, Patton introduces these themes of spiritual uncertainty, which he sustains throughout the album. He mentions “empty rituals, trinkets and fossils”, before a hushed “Amen” ushers in the anthemic chorus. Without a definitive god to worship, Mike turns to the heavens in search of answers. Needless to say, he doesn’t find them. Instead, he laments that “the sun keeps burning [his] face”. Combine his disillusionment with the fact that “sol invictus” is Latin for “unconquered sun”, and you’ve got a deliciously ambivalent view of god and the heavens. Before the chorus reaches a climax, “Sol Invictus” jarringly returns to the melancholic piano chords with which it began. The band reached skyward for absolution, only to fall back down to earth.

Following this nihilistic beginning, Sol Invictus grows exponentially in scope. “Superhero” is an outstanding rocker, its revved-up energy complemented by haunting vocals and ripples of Middle Eastern piano. “Sunny Side Up” sees Faith No More return to the velveteen lounge they explored on “Evidence” and “She Loves Me Not”, with one of the strongest choruses on the album. In accordance with the Sol Invictus themes of uncertainty, this cosiness is fragmented by more of the minor piano chords that began the album.

Songs like the gorgeous “Matador” and the churning “Separation Anxiety” radiate with some of the band’s best ideas to date; either could have featured on the band’s opus, Angel Dust. But as previously stated, Sol Invictus isn’t all nostalgia. “Rise of the Fall” sees Faith No More’s hard rock complemented with lush Sicilian melodies found nowhere else in the band’s catalogue. Similarly, two songs on Sol Invictus take a slow-burning approach not normally associated with the band. Album midpoint “Cone of Shame” starts quietly with a Southern Gothic riff before building to a sensational climax. Lead single “Motherfucker” also begins with burnt-out piano chords, only to ascend in due time to a euphoric chorus.

After repeated listens, I can say with confidence that Sol Invictus is a great album. Part of that will be due to the fact I am already a huge Faith No More fan, and a new record from these guys was automatically reason to celebrate. But the way in which Sol Invictus delivers both fan service and surprises, as well as a powerful image of modern disillusionment, all in under forty minutes, shows artistry. Some fans may lament the brevity of Sol Invictus, or perhaps its focus on atmosphere rather than riffs. Newcomers will likely be confused, akin to starting a series of novels several books in. I would point Faith No More virgins in the direction of the band’s 1989 album, The Real Thing. Without prior knowledge of the band’s discography, Sol Invictus won’t mean nearly as much.

Regardless of your familiarity with them, Faith No More are back. Sol Invictus feels like a culmination of all the band has done before, and a taster of where they may yet go. It ends on an optimistic note with “From the Dead”, suggesting that Faith No More are glad to be back. I hope this means that there is more to come.

New to Faith No More? Check out these songs... “Epic”
(from The Real Thing)

You may already know this one. Before Kid Rock and Limp Bizkit made rap-rock a thing of ridicule, Faith No More were splicing the genres together seamlessly. “Epic” is a blast of late-80s cheesiness, complete with slap bass and a classical piano outro. Extra points for the music video. Stripsearch”
(from Album of the Year)

Amid the graveyard gloom of Album of the Year shines “Stripsearch”, a soaring Portishead-inspired pop song. “Stripsearch” sees the band mix sweeping electronics with its usual rock instrumentation as Mike Patton gives one of his prettiest vocal performances ever. King for a Day … Fool for a Lifetime saw Faith No More abandon all hope for commercial success, opting instead to do whatever they damn well pleased. “Star A.D.” is the band at its most irreverent, tearing through sounds from the worlds of jazz and funk. The result is a song of hysterical grandeur, and one you’ll keep coming back to. You may recognise this catchy tune from Tony Hawk’s Underground 2 or Grand Theft Auto: San Andreas. Perfectly suited to those games’ urban environments, “Midlife Crisis” is a crunching hard-rock song with an anthemic chorus. The vocal layering in the last minute and a half is a touch of genius.