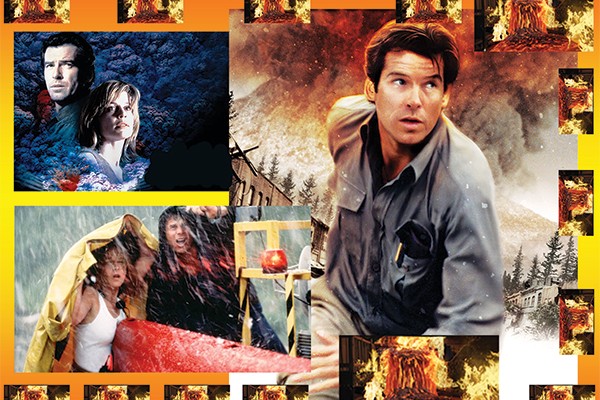 It was 75,000 years ago, and all was peaceful in the Sumatran jungle - birds were chirping and swishing through sunlight-dappled tree canopies, while insects chirruped busily on the jungle floor. Suddenly, a sonic boom pierced the air; rumbling shook the earth. All living things fell dead instantly as the supervolcano Mount Toba started erupting, unleashing forth a, conservatively low, estimate of 2000 cubic kilometres of magma and 800 cubic kilometres of ashfall, creating an ash layer 15 centimetres thick over the entirety of South Asia and parts of the Indian Ocean, the Arabian Sea and the South China Sea. The eruption caused a volcanic winter that some believe caused a bottleneck in the human population of the time.

The question you’re silently stammering to yourself is “w-will this happen again?”

The answer to that, my friend, is a resounding YES, and hopefully soon! There are 30-40 known supervolcanoes on our planet, 6-10 of which are likely active. As kiwis we are lucky enough to be part of the Pacific Ring of Fire, a seismic belt of convergent plate margin subduction zones. These are areas where tectonic plates are colliding, forcing one to subduct under the other, which creates local chains of arc volcanoes, and also causes lots of seismic activity.

The Pacific Ring of Fire hosts more than half the world’s active above-sea-level volcanoes. One of these is the Taupo Volcano, which is a large rhyolitic supervolcano. A rhyolitic volcano can be violently explosive, due to the high silica content in the viscous rhyolite magma, and its pyroclastic flow can travel hundreds of kilometres per hour.

Taupo and Toba both have a Volcanic Explosive Index (VEI) of eight - the VEI is a scale used by the US Geological Survey (a.k.a. Pierce Brosnan in Dante’s Peak) to measure the magnitude of volcano blasts. The VEI is a logarithmic scale where eight is the highest - and the violent Vesuvius and Mount St. Helens eruptions were only fives. Taupo was the last known eruption of a supervolcano (26,500 years ago), and the Taupo Volcanic Zone sits over a thin slice of the Earth’s crust, with a film of magma 50km wide and 160km long sitting about 10km below the surface.

Supervolcanoes are not just scaled-up regular volcanoes - they are different from volcanoes because they erupt at least 1000 cubic km of material, they form a caldera, a bowl like depression, rather than just a cone shape, and they erupt less frequently - sometimes hundreds of thousands of years apart. Eruptions happen when magma in the mantle can’t penetrate the crust, so it builds and builds underneath the crust until the pressure is too much for the crust, and it relents. This happens mostly at hotspots, such as Yellowstone, or subduction zones, such as Taupo.

So what kind of devastation are we talking about here? Oh, no biggie. Firstly, those in the near vicinity will simply be incinerated by the 500°C temperatures of the lava flows. If you manage to avoid the fiery ropes of lava death, the thick ashfall would suffocate you. But not in a nice way. Breathing in hot ash causes respiratory burns, and the tiny shards of minerals will slice your eyes and lungs while you choke to death, or as you drown in a cocktail of ash and lung moisture - in fact, the ash is the most problematic part of an eruption. In these rhyolitic eruptions, there is a lot more sulfur gas, and when this sulfur is erupted into the stratosphere it spreads out on a large scale, binds with aerosols and the high albedo (reflection) factor, which causes incoming sunlight to be reflected back out into space. The sunlight that does make it through will then be further blocked by the ash clouds in the lower atmosphere. This will cool the earth and create a volcanic winter, which won’t really matter anyway because the ash will also cripple agriculture, electronics, communication, air travel, water sources, the structural integrity of buildings, and other things that we need to survive.

The good news is that the impact of such an eruption is dependent on a few different factors - the volume of ash erupted, the composition of the magma, how high the eruption reaches and what the weather is like at the time. But all the same, it might not hurt to do a little doomsday prepping on the side.