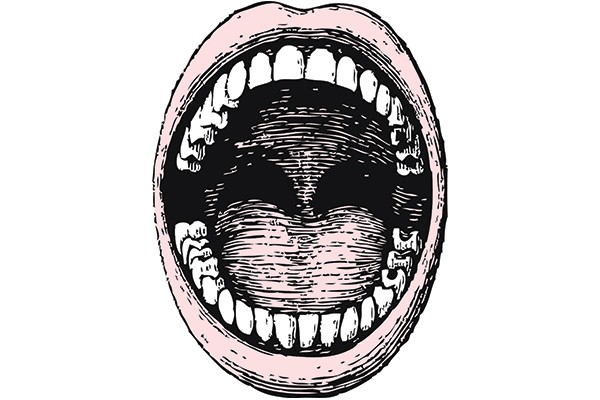 Conspiratorial people love to claim that the government adds fluoride to water and toothpaste in some dastardly plan to make us all sleepy slaves, helpless to resist their evil bidding.

The truth, however, is far less scandalous and far more reassuring - fluoride is your friend, my friend, and geochemistry is how we know this!

Like most minerals, apatite has different compositional chemical varieties, known as “end members”, and the end member of the apatite that our teeth are made from is called hydroxyapatite. Hydroxyapatite is structurally rather weak, and so it is easily penetrated and dissolved by acids from plaque, otherwise known as tooth decay.

Luckily, there is a different end member of apatite which is much stronger and can step in to shoulder hydroxyapatite’s burden, taking one for the team. This guy is fluorapatite, and has a much stronger crystal structure, which means that the introduction of fluoride to hydroxyapatite fills in the weak spots and remineralises the teeth, reversing lesions in damaged teeth. Topical fluoride, such as that from toothpaste, increases the size and rate of growth of the apatite crystals, making your teeth great again, and making them a bit less susceptible to further decay. When you ingest fluoride via drinking water, it absorbs into the bloodstream and is carried to new teeth sites, where the fluoride reacts with the hydroxyapatite, resulting in the developing crystals growing as fluorapatite - and therefore much stronger.

So take off your tinfoil hats, brush your teeth and rejoice, because science proves that fluoride is not out to get you!