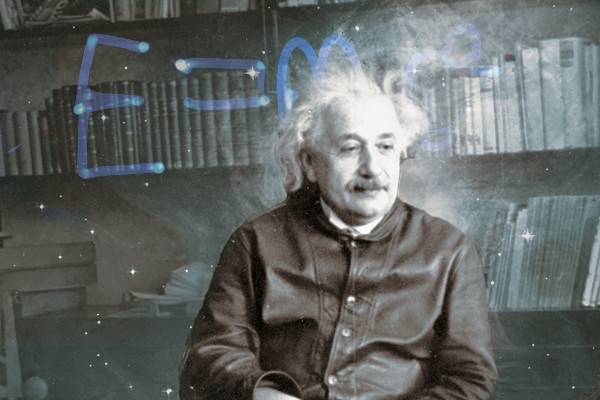 “When a man sits with a pretty girl for an hour, it seems like a minute. But let him sit on a hot stove for a minute - and it's longer than any hour. That's relativity.”

This guy kind of needs no introduction but, while most people know that he was a total genius, they don't really know why (something along the lines of E=mc2, right?).

So why is old mate Albert so highly venerated? Well, if you rocked a CD player in the ‘90s, drive your car using GPS today, are a fan of quantum physics, quantum mechanics or cool theories such as the Big Bang theory, then Einstein is who you should be thanking. His work in understanding the photoelectric effect is responsible for the invention of TV cameras, remote controls, and digital cameras.

Still not convinced? He was such a ladies man that, after a succession of torrid trysts, he married his first cousin (because that was just how people rolled in those days). But also, he did do a whole bunch of other stuff that was way more important than incest and CDs.

Einstein's most revered work is his general theory of relativity, produced between 1913 and 1915. This built upon his idea of special relativity (relativity when objects are in constant motion relative to each other) by taking into account non-inertial frames of reference, which are regions that are accelerating with respect to each other. Simply put, if you are standing on the side of the road, you are in an inertial frame of reference - your velocity is constant, you are not accelerating. Then you jump on your skateboard and start moving down the street, making you a non-inertial frame of reference - you are accelerating.

If you moved fast enough on your skateboard through space, your personal observations about space and time are going to be different from those of other people who are moving at different speeds, say someone sedately walking, or some asshole boy racer. This is why in the film Interstellar, an hour spent by Matthew McConaughey on the planet super close to that massive black hole was worth 20 years for the poor dude chilling on the spaceship farther away from the black hole. Gravity can be thought of as time running at different rates at different places, and a black hole’s gravity is going to warp time a hell of a lot.

Anyway, all of this spacetime vortex stuff that Einstein just cooked up out of his gargantuan brain lead to the suggestion that black holes exist shortly after, and subsequently gave rise to our modern understanding of quantum theory. Star Trek fans will be pleased to know that his breakthroughs in special relativity and quantum theory implied the existence of antimatter electrons, which, when reacting with matter, is the magic that allows the Starship Enterprise to charge at warp speed.

Einstein spent the rest of his life trying to develop a unified field theory, which would explain the universe and all laws of physics, uniting it all into a single structure. He died in 1955 without succeeding - and the closest thing we have to a solution today is string theory.

After Einstein's death, his son allowed scientists examine his father's brain, and it was found that Einstein had far more than the usual amount of glial cells in the area of the brain that synthesizes information!