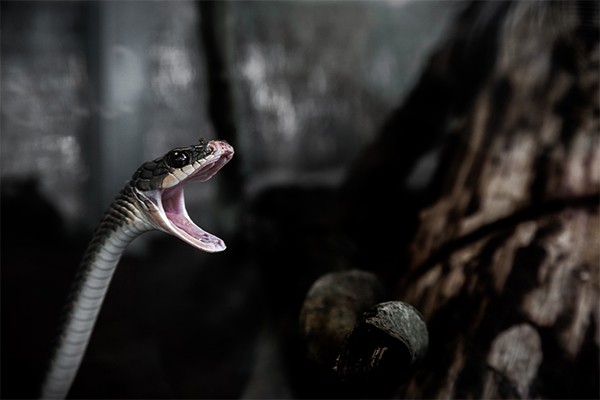 A single drop of Russell’s viper venom will turn blood in a cup into a coagulated blob that looks like moulded jelly. However, in a living body, the venom has a different effect.

The venom reacts with a protein in your blood called Factor X, creating proteins called fibrin, which cause the blood to clot. Because snakes have been biting people for so long, we have a defence. The body releases fibbrinogen degradation products to counteract the clotting, but in the process the degrading fibrin can clog the kidneys, causing kidney failure. Your blood begins to fill with the junk your kidneys normally deal with. Urea, which contains nitrogen, builds up in the blood to toxic levels. You’ll probably need dialysis to survive past this point.

The battle isn’t over yet. As well as being full of urea, your blood now contains so many anti-coagulants that your blood can no longer clot at all, meaning that any cut or bite will bleed profusely and continuously. You won’t turn into a jelly person, but, ironically, you might bleed to death.