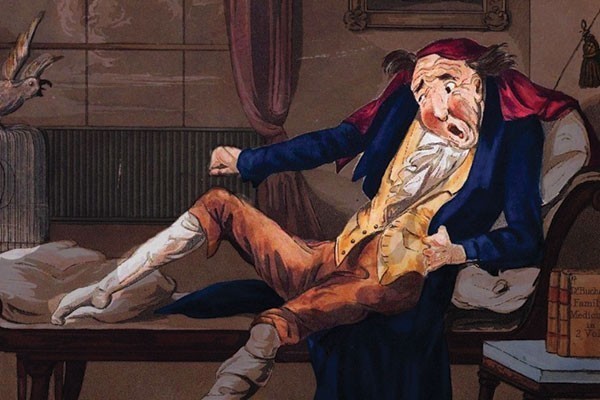 Something Came Up | Issue 20

I’m a terrible traveller. I have no sense of direction, and I escalate into pure terror at the mere thought of finding an airport gate. I once got lost in Nelson airport. But I am good at taking medicines with me. Particularly ones for diarrhoea. I have accumulated an impressive list of cities where there were calamitous events involving toilets.

Budapest. It had just opened its first Mcdonald's. Food grading and in-house toilets were not yet part of the Golden Arches offerings. Barely had I vacuumed up the last chip when there were ominous stirrings in the bowel area. We marched to the only public toilet in town, at the chief post office. A miserable few nights followed. And in Beijing there was a desperate hunt for a sit-down toilet when I (foolishly) refused to use the traditional crouch and push. I had visions of slipping back into a literal cesspit. The relief when we found a good old sit-down in the railway station. Then recently a horrific experience in a USA restaurant. Inexplicably, the toilet bowl didn’t drain. I watched in horror as the water level rose, flowed onto the floor of the stall, and rapidly began to cover the feet of the other customers. Three very large guards pointed their even larger guns at me, the suspected terrorist. Maybe it was my kiwi accent, or my total embarrassment, but I was allowed to leave.

So now I stock up on medicines when I travel. Essentials are anti-diarrhoeals. Loperamide is the funded option, it works within a few hours. For anti-nausea, the prescription medicine ondansetron is a wonderful thing. I can just dissolve it in my mouth and it has more chance of staying down without aggravating the gag reflex. Although I've rarely been afflicted with the vomiting bug. There was a disastrous episode in Samoa. We had come from an icy Dunedin winter to a balmy 32 degrees. I poured myself a glass of water from the tap, leading to violent vomiting, continuing until my stomach muscles ached and there was no more green bile or dribble left. Not leaving home without my ondansetron again! I also carry some electrolyte sachets, they taste nice, and are essential for rehydration and a quick recovery. Antihistamines, pain medicines (ibuprofen, paracetamol) and some betadine solution I can pick up from the pharmacy.

Depending of course on where you are going, malaria protection is essential. Malaria can be a debilitating and recurring illness. Doxycycline tablets (prescription only) starting two days before entering the “zone” and continuing for two weeks after is the usual protection. Bizarrely, it comes with the warning to avoid the sun. The combination of sun and doxycycline causes very bad sunburn.

The emergence of the Zika virus has me packing an extra tube of insect repellent. Especially once I learnt that people can be “carriers” of the virus. The disease itself is fairly mild, but the repercussions to pregnancies are horrific. I find that taking thiamine (vitamin B1) gives me great protection from insect bites. Its a recognized phenomena. It doesn’t seem to work for everyone, the “o” blood types for instance. But it’s my magic wand. And cheap, a bottle of 100 tablets is usually under $10.

The best mosquito protection is my friend. We joke she is the food of preference for the buzzy nuisances, if we take her along they ignore us. On a recent trip to Egypt, we were unscathed, but she emerged from the hut in Abu Simbel looking like a join the dots puzzle despite emptying an entire can of bug spray into her room. She is blood type “o”, the odour of choice for mosquitoes (along with stale sweat).

Tags:   columns something came up travelling