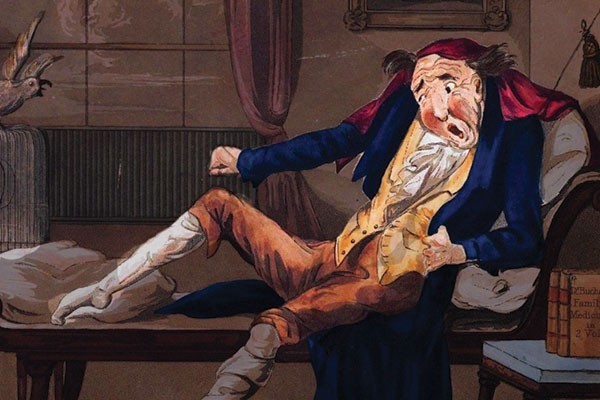 Something Came Up | Issue 10

I get headaches a lot. I used to think they were hangovers, but then I gave up alcohol, and I still have them. I get them when I read a lot. I can read a Stieg Larsson book for three hours before I get one. If I’m reading the latest government update about changes in regulations, I get one within five minutes.

And I get them before exams. Usually about 48 hours before. The less prepared I am, the worse the headache. Clearly it’s all in my head. Literally. But how to fix my head?  It’s debilitating and upsetting to get a headache when you need to study.

The sensible solution I have read is exercise, plenty of sleep and relaxation techniques. Blergh. I can’t do any of that when I have the spectre of failure looming over me. At least not a few days before. Those friends who have prepared better by running and meditating from the beginning of the term have it covered.

Some meds are a solution for the short term. Paracetamol is relatively innocuous and often works really well. Not to be taken with alcohol, also metabolized in the liver, causing a traffic jam. Perfect deterrent.

Anti-inflammatories such as diclofenac and ibuprofen are also useful. They sometimes work on their own, or with paracetamol. Codeine is a last resort. It’s only sold over the counter in combination with paracetamol or an anti-inflammatory and it’s a pharmacist only medicine. That doesn’t mean that only pharmacists can have it, although they need it the most, just that you have to be questioned about  your reason for needing it, and the sale recorded. This harks back to the days when home-bake, the production of heroin, was being manufactured illegally on a big scale. Codeine can be very addictive,which is why its sale is still monitored now.

Migraines are a severe form of headache, often accompanied by visual disturbances and nausea. It’s hard to get compassionate consideration for as it is not very tangible, like broken bones or chicken pox. My mother got severe migraines. She would lie in a darkened room for at least 48 hours, and we would have to be very quiet. When I was very little, I saw my father coming out of the bedroom with a dead spider squashed in a paper towel. For years I thought it was spiders that caused migraines.

The cause of migraines and headaches is variously attributed to hormones, eye problems, genes, stress and sometimes it can be a symptom of an underlying problem. Mine is stress. Or more accurately after stress. Usually after the end of exams, or these days a busy week. So my precious weekend is spent lying as still as possible, except when I have to vomit in the bucket. The new generation migraine meds, rizatriptan and sumatriptan work magically for some people. Ideally they are taken at the first hint of a migraine. Antinauseants that dissolve in the mouth can be bought from a pharmacy, and reduce the collateral damage.

The latest treatment for migraines is the deluxe one. Botox. It paralyses the muscles around the scalp, usually the crease  line in the forehead.  It has the added advantage that you can look expressionless while crying inside. If you have medical insurance, some companies are paying for it as a preventative and successful intervention to prevent migraine.

Wishing you a headache free week.

Tags:   columns something came up headaches