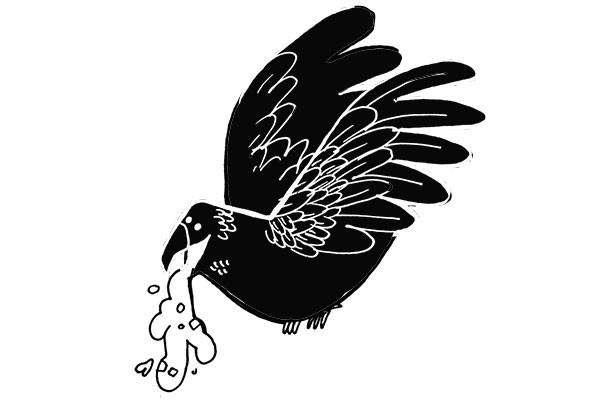 Something Came Up | Issue 14

It’s not as if you can say to your flatmate/classmate (pharmacists and doctors in training though they may be) “can you take a look at this?” You can’t even scratch it without diving into your clothes and having it look like a desperate solo attempt at sexual gratification.

Thrush has a more scientific tag, Candida albicans. A yeast, apparently. I can be guaranteed a visit from thrush after a course of antibiotics for infection. Bacteria and yeast/fungus compete for pieces of your bits. The anti-biotics slay all the bacteria, allowing the thrush to multiply and thrive unchecked. The result is a fiendish itch and sometimes a“creamy cheese discharge”. The literature says that thrush also likes to visit people who wear nylon or tight fitting underwear, when females are having a period or during hormonal changes.

At least these days there are a variety of fixes. A capsule you can swallow, which saves me fiddling around “down there”, called oz_ole. It always works for me within half an hour. Magic! Although some medical reports say it can take two to three weeks to kill off the avian invasion. These days it’s considered OK to use a steroid cream, like hydrocortisone, which takes away the itch within minutes. The best way to scare off thrush is to coat a penis in antifungal cream. Cream filled applicators are used over three days, or at half the strength and twice the mess, six days. The final option is pessaries, which are like little footballs, made of antifungals, to be inserted manually into the vagina.

The symptoms of an itch and discharge, from either a penis or a vagina, are similar for thrush and the sexually transmitted infection (STI) Chlamydia. Chlamydia is a bacteria, so if you have applied the anti-fungal recipes over a few days, and the itch/and or discharge persists, or is worse, there is a chance it could be a STI. Chlamydia treatment is very simple, two little tablets swallowed together, but it does require a prescription.

Tags:   columns something came up