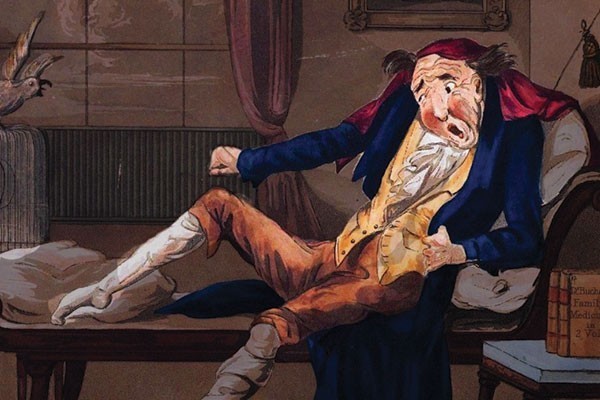 Something Came Up | Issue 18

Some lumps came up on my face a while ago. Horrible lumps that hung around for days. One to start with. It progressed from a hard lump under the skin to an open sore. I covered it with iodine solution (my go to for any sore), and it multiplied. Soon there were four lumps, one right under my eyebrow. Little children were scared of me, and the cat refused to sit on my lap. I knew they weren’t cold sores, because I’ve seen the ad on TV. There was no tingle and blister.

In a desperate last ditch effort I smothered my face in aciclovir cream (the tingle stuff). And blow me down with a pokemon, it shrunk.  Within a few days it was under control. So blisters and tingles are not the definitive diagnosis.

I’d never had the “cold sore virus”. I was quite smug about that. And I’m a little ashamed of how I got it. No passionate hook-up or sneaky snog. I used a “tester” cover-up. For a few days. And of course I smeared it all around my face. I discovered this when I used it for the second time and the lumps came back.

So now me and the cold sore virus are mates for life. In a parasitic relationship. 90 percent of adults have been exposed to the cold sore virus, but only 10 percent develop symptoms. Once in, the herpes invader never leaves. It hunkers down in the nerves that supply sensation to the skin and hibernates. Given the right message, it re-emerges, grows down the nerves, and out into the skin, or mucous membranes, where it flourishes and multiplies. Causing variously lumps, blisters and sores. After each attack it retreats back up the nerve in a resting state. My own little inner demon!  Its re-birthing signals are varied. Exposure to sunlight (safe for a few months, thanks Dunedin), hormonal changes in woman, colds and flu, and (of course) stress.

The herpes virus (HSV-1) can also cause genital herpes, although it’s not usually sexually transmitted- thats the HSV-2. Herpes HSV-1 is spread by kissing, sharing plates utensils, towels razors and makeup. That is student flatting life!

Turns out the kids were right to be scared of me. In children between the ages of one and five the first attack of the virus can be dramatic and distressing. The symptoms may include high fever, excessive dribbling, and multiple blisters on the tongue and throat that merge together to form yellow-ish ulcers. The reverse princess-frog thing.

So treatment of the invader. Applying anti-viral cream as soon as and as often as possible. Avoid rubbing your eyes, as herpes can multiply nicely in the eye. The symptoms of this invasion are described as viral conjunctivitis. Avoid using the same finger to apply the cream, or disinfect between applications. Viruses love a free ride on fingers. There are a variety of creams on the market, all fairly similar in effect and price. One has a local anaesthetic in it, useful for numbing any pain. Hydrocolloid patches are available. Excellent for faster healing, and for complete disguise. For severe, recurrent cases the antiviral comes as a tablet, which is more effective, but may cause side effects. It requires a prescription.