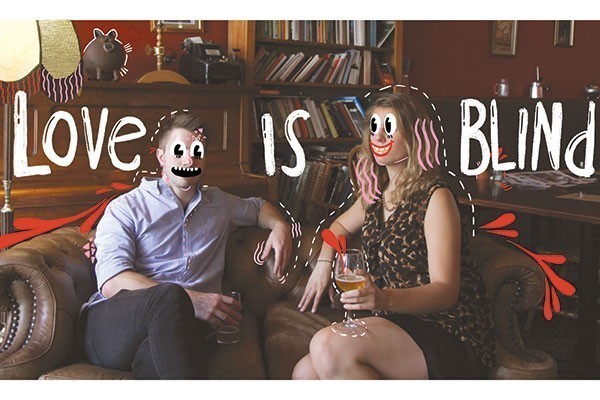 Well, what a night. After almost saying no when Critic texted me about the blind date, the gals persuaded me to make a night of it. I was not disappointed when I sat down opposite a blonde rugby player. As I learned he was a top rugby player (exactly my type) the date got even more exciting. Because of this, conversation flowed relatively well. The riveting chat quickly turned somewhat sexual, probably helped along by the drinks I was chucking back as fast as possible. Topic of conversation subtly turned to sex positions, and as one thing led to another he offered to show me a few of his favourites back at his place.

Things get a bit fuzzy after that – I have a few memories of getting into a taxi, getting kicked out of said taxi for inappropriate behaviour and stumbling back to his. Here, I discovered that he had an even more attractive roommate – needless to say we all got along very well.

I went home to debrief the gals the next morning after a very satisfying night – cheers Critic, for double the action I was expecting.

So it all started last week when I received the text that I was going to be attending a blind date for Critic. I’d heard good things so I was fizzing more then a Coke factory in an earthquake. As the designated day rocked round I found myself wondering who will be attending this date with me? Nerves started to creep in so I did what any smart lad with half a liver does and sunk some piss till my confidence was at an all time high. The time had come so the lads dropped me off at The Dog With Two Tails. I enter the joint and a few seconds after this absolute stunner follows me in so I looked to the heavens and prayed in the hope that she was the lovely lass accompanying me. To my utter amazement I was in luck. I felt like a fish out of water talking to her, due mainly to the fact that I’m ugly as hell and she was incredibly good looking. We started to get stuck into the bar tab and the drinks started to flow. I prayed like hell though that things wouldn’t go a step further due to the fact that just that week I’d taken a test for a possible sexually transmitted diseases which I think I may have caught a few weekends earlier (the symptoms weren’t good). Anyway she suggested that we should go home, so we went around the corner to the taxi stand and grabbed one back to mine. Back at mine we went straight back to my room, where I had completely forgotten my roommate was sleeping. At first it was fun, all three of us getting it on until I found myself left out the loop, eventually folding my undies in the corner whilst my flatmate decided to take all the glory. But all in all not a bad night it must be said! Thanks Critic! I just hope I can at least get a piece of the pie next weekend!