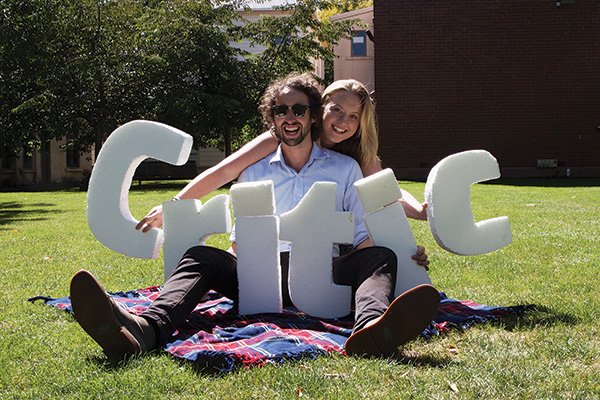 We Will Miss You Sam!

I love people having a good rant and getting things off their chest. Go for gold, say what you want. What’s difficult though is when people take offence and then decide to use that as a platform to insult people back or think it makes them a better person. I am not easily offended — it makes you miserable and it bores other people.

It’s fine for things to bother you — there are some things that I cringe at: like when underwear is hung out in front of houses, or when people make cups of tea too weak, or if people don’t appreciate my references to FRIENDS. But offended? God, no. (Maybe a little, if you don’t know what “pulling a Monica” is or that “we were on a break” can never be used.)

But there are much bigger things to be offended about. Like seeing the latest hostage video broadcast, reading about another death because someone was driving under the influence, or hearing about kids being groomed over Facebook — once again, headlines in the news last week.

Taking offence is all good if that’s how you feel, but think twice before you go and accuse people of being something or another, or promoting a particular behaviour. It’s not necessary for me to be specific because this happens all the time. But is sending troops abroad really only promoting war? Or is it an attempt at saving a horrendous situation?

Is promoting girl power really man hating? Or can people realise that while we love men too, women still have things to fight for?

Jump off the high horse and have a productive discussion with the mere mortals.
On another note, this issue is the last one with our dearest Sam Clark’s input — he’s developed Critic from just another student magazine to a damn-well sexy one, winning us every design award he could for the last three years. You will be massively missed in this place. Have fun gallivanting across the world and then come back and tell me off for all the things I’ve probably broken.