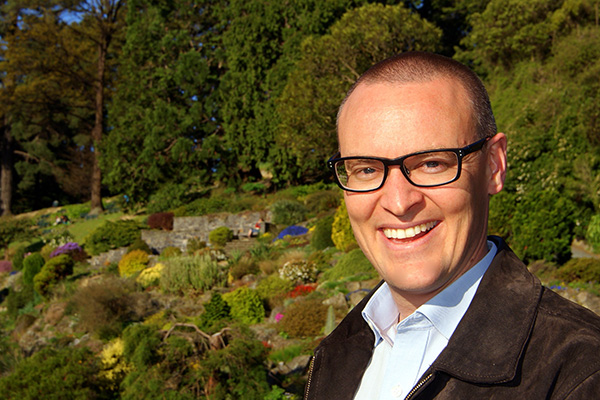 In dark days past, when the Internet was new to Otago, I had to get a “driver’s licence” before being issued an email account by the University. Getting a “driver’s licence” involved attending labs where email communication was attempted, while supervised and under strictly controlled conditions.

The pace of technological change has multiplied since then.

Technology has become increasingly important to your lives as it has to mine. I can still remember being the first student to take a laptop to lectures in one of my classes. The lecturer entertained himself by referring to me as “Mr Tippy-Tappy.” I wasn’t alone for long. Others quickly realised the benefits of drafting essays while the class was still being taught.

In recent years I’ve encountered more than one student who needs lessons on email – not because the technology is new, but because it’s rapidly becoming out of date. With everything done on platforms, email seems clunky and passé. Our use of technology, especially electronic communications, is something everyone wants a hand in. It’s a tool for exercising freedom of speech and it is forging our online identity.

You only have to look back to the Arab Spring to see the impact technology is having in the political sphere. Facebook itself was a key organising tool used by revolutionaries to spread awareness and coordinate deomonstrations. Social media amplified their calls for political change, and first-hand encounters were able to be shared worldwide.

In New Zealand, voices cannot be suppressed either. Social media is becoming a key way to interact with our country’s leaders, journalists and businesses. It is great to be able to interact with Dunedinites on Twitter and Facebook and respond instantaneously to the issues they are talking about.

If you have any burning questions for me, I’m availiable on Twitter @DavidClarkNZ or on Facebook at fb.com/DavidClarkforDunedinNorth

How long before Snapchat and WhatsApp render Facebook and Twitter to the electronic dustbins of history? Who knows; but for now, it seems they still have a vital role to play in our democracy.