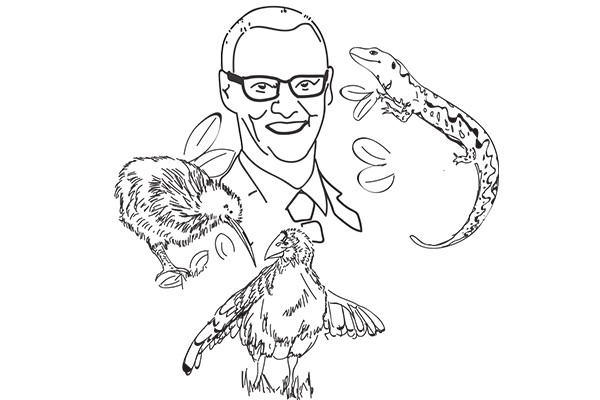 Orokonui Ecosanctuary is a jewel in Dunedin’s crown. We have a wonderful natural landscape in the south and a proud history of preserving and promoting our wildlife and surroundings.

Situated 20km north of the city, the fenced ecosanctuary celebrates New Zealanders’ birth-right as inheritors and protectors of the most beautiful place on Earth. It reminds us of what we stand to lose if we don’t invest in conservation and our environment.

The unique and beautiful nature of Dunedin and its surroundings is well documented. Natural History New Zealand (NHNZ) was set up in Dunedin in 1977 as the natural history unit of Television New Zealand. The internationally acclaimed company now creates films for the National Geographic Channel, Discovery and Animal Planet. It was no coincidence that NHNZ had its start in Dunedin, and has thrived here since.

As a member and supporter of Orokonui, I’m proud of the way it draws upon volunteer effort to make modest financial contributions from the government, and donors and supporters stretch far beyond what seems possible. The project has received somewhere between $60,000 and $90,000 from the Department of Conservation every year for as long as anyone can remember. Most financial support comes from gate takings and generous donors.

With the government’s current focus on reducing predators in the natural environment, one can only hope they do not lose sight of the opportunities that exist in volunteer-assisted ecosanctuaries. Orokonui is teeming with native flora and fauna, including many rare species. It protects the Haast tokoeka (a type of endangered southern brown kiwi), as well as the takahē and some species of skink – all at the request of the Department of Conservation. On top of this tangible function, Orokonui also acts as an advocate, getting people excited about wildlife and our surroundings.

You can help (and I don’t just mean by changing the government). Some students I have spoken with have yet to visit the Orokonui Ecosanctuary. Let me encourage you to get amongst it. Maybe a flat day trip when you’re feeling adventurous. For those wishing to go a step further, you could also purchase a membership with the ecosanctuary. Having recently renewed my membership, I can attest that this is a rewarding way to show support for one of our city’s treasures.

I salute the brave founders of the Orokonui Ecosanctuary and their vision, as well as those who have given freely of their time to make that vision a reality. Orokonui really is a place the whole of New Zealand can be proud of.