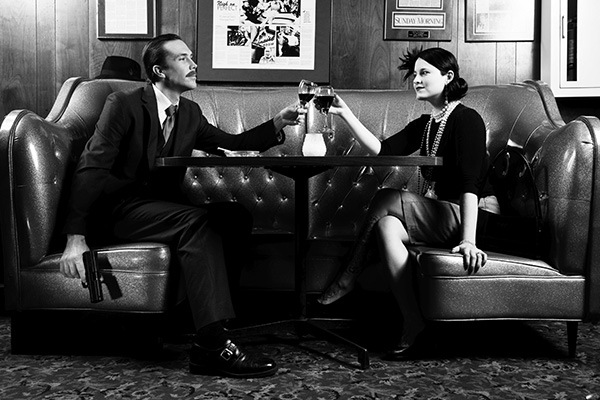 I had a quick drink before I decided to head off for Angus, turns out it took 30 mins exactly. I walked in, spoke with the staff, sat at the bar and started on the tab. When my date came in we exchanged names, and soon after I realised I had forgotten hers already. I decided the better move would be to not ask for it again.

She was very interesting to talk to, since we shared interests in what we were studying. She would be what I would count as a cat lady, with only one cat (I saw plenty of photos!). Plus she wanted to work with bigger cats after her studies. We also shared (mainly her) that we were not very fond of our stepmothers. A good portion of the convo was based around this.

I knew that there was a good chance I would get matched up with someone older than me, which did happen, and she knew that she was going to get a first-year. She said she felt very old but we pretended that she was 19. To be honest I would have guessed 20. Convo flowed over many touchy subjects for some, like religion, spirituality, and dating age differences.

She decided that we would need to do something illegal so we could write about it. We pondered for a bit but got nothing, we were both straight shooters essentially, except with her and drinking apparently. We finished up our tab by having a shot each, thanked the staff, and left. My date suggested Monkey, then changed her mind, and changed it back to Monkey, this happened quite a few times during the night.

Her friend suggested we should kill someone, which she played off as a joke at first but the more she talked about it the more she sounded serious. My friends showed up and did not leave us alone which was not awkward at all. We ended up at Boogie where she spent a lot of time on her phone, but she did buy me a drink and we danced for a while. She decided it was getting late for someone her age, so we said our goodbyes.

Had an fun night, thanks to the staff at Angus!

With the end of my degree slowly approaching, and my biological clock ticking, I decided it was time to settle down, find myself a husband, and put these birthing hips into action.

All week I was nervous but excited to meet my future husband. My mind raced with questions – what will he look like? What will our children look like? How many cats will he let me have? All the usual questions that run through a girl’s mind before the first date.

Thursday night arrived. It was time for me to get out of the kitchen and get ready. Mother always told me it is a woman’s duty to look her best for her man at all times. Once I had changed into a fresh dress, Mother surprised me with the bottle of 2001 Selaks sauvignon blanc she had been saving for a special occasion.

Afta downing da bot at ma gurlfrendz place I rolled up 2 da restaurant nd by dis point I woz prety wastey #scarfiesondapiss. He woz sittn at da bar lookn fine az. We introduced ourselves, and he told me he was first year!!! Initially the 4 year age gap shocked me, but secretly I loved it ;) ;) #toyboy.

Conversation flowed and so did my dranks. He told me about his love for Fall Out Boy, his school performance to Panic! at the Disco, and other cute wee gems. Later on we met up with his friends in town, and by this point I was wondering what the fuck I was going to write about. I suggested we do something illegal like vandalise something or kill someone, but he didn’t seem too keen. Instead we went to Boogie Nites for a drink and a dance. It was nice reliving my youth in the sea of filthy first-years, but all good things must come to an end. I eventually grew tired of the first-year scene, and decided to call it a night. I headed back to my friend’s place, where I arrived to find a makeshift bed in the lounge complete with a couple of connies. Thanks gals xoxo.

Good night all round, cute date, alas he did not put a ring on it :( Mother will not be happy.