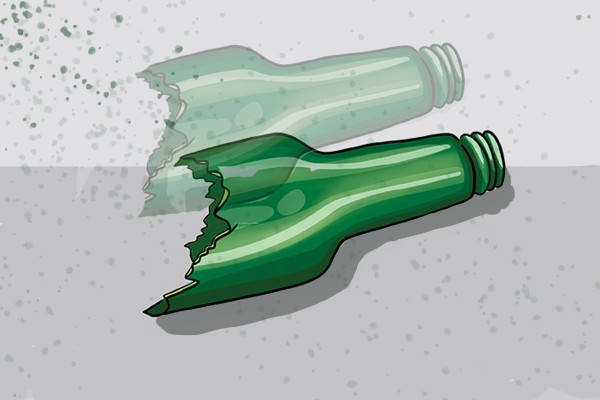 A SORDID TALE OF SQUALOR: Landlord Binned Bottle Collection … Or Did He?

A student had their bottle collection wrecked by a landlord who “did not believe they were still on the property at the time,” according to a Tenancy Tribunal ruling. Their landlord has hit back, saying “the Tribunal has got it half-right”.

Louis’ tenancy for his Grange Street flat was meant to end on Thursday 3 December last year. Being a decent and organised soul, by Tuesday, he had already begun packing and moving his stuff into his new flat. Little did he know that on that day, his landlords, Michael and John Kinraid of Scarfie Flats, had also decided that they could enter and start throwing shit out.

When approached for comment, John Kinraid claimed “the flat was empty for a whole month,” and that they left a note under their door that Sunday saying they would begin renovation work in the “middle of the week”. Louis, for one, claims Kinraid “didn’t message if anyone was still staying … How was it empty when I was there with my bed and my stuff all ready to move?”

“The stuff I had been organising was all thrown back into my room, in a complete mess, along with my flatmates’ stuff and rubbish.” A couch was moved outside and left there; Kinraid claims this was for Louis to pick up later that evening. Records state that this “destroyed” the couch, because yes, if you leave a couch outside, it decays.

More shockingly, though, Louis’ bottle collection, which was special to him, “each with its very own story” had gone missing. While Kinraid emphatically denied throwing it away, Louis said some of it had “went missing, or was mixed with rubbish”. Most heart-breakingly, his prized, pricey bottles of Samoan-made Vailima beer were gone, consumed by the intruders. “I felt furious and full of anger as to why anyone would do this, who would have the slightest idea to move a tenant’s belongings,” he said.

With this de facto declaration of war, Louis and his flatmates went for the nuclear option and consulted the Tenancy Tribunal. It was a “scary process,” he said, but his righteous anger was vindicated on 13 May this year, when the Tribunal awarded them $400 for removing the furniture and the bottle collection, and another $750 in “exemplary damages” from the landlord breaking the law (i.e. entering without permission before the end of the lease). However, the rest of the $1,800 bond had to go to the Kinraids for “unpaid rent”.

Kinraid, for one, was defiant: “Do you know how much that flat was? $110 per week for the whole year, for a flat 30m from the Information Services Building. Do I feel ripped off? Absolutely. This is why I’m never offering cheap rent ever again.”