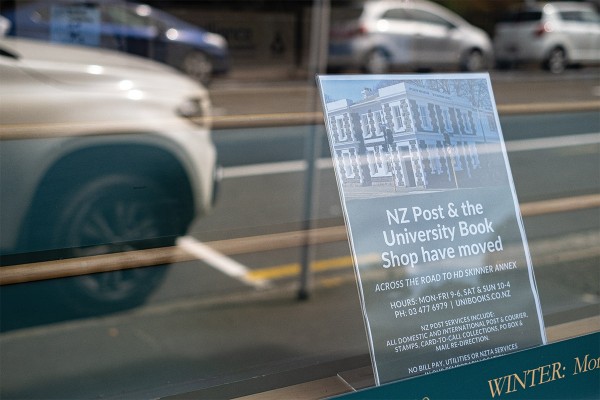 But will they generate revenue?

Your students’ association plans to turn the first floor of the University Bookshop into rental accommodation, and past Exec members are not happy about it. Two previous Exec members have questioned why a proposal rejected three times in the last five years was resurrected in 2021.

“It was a stupid idea then, and it’s a stupid idea now,” said 2016 Administrative Vice-President Jarred Griffiths on Twitter. With “no commercial acumen or commercial experience” in the Exec or the senior staff, Jarred saw OUSA entering the world of property development as a “group looking to go off on a jaunt with millions of dollars of student money.”

When contacted by Critic for further comment, Jarred described the move as “a risky commercial enterprise” that “certainly isn’t the best use of money which should be spent on student welfare.”

Jarred said that being “first and foremost a student association”, OUSA are a key advocate for students and tenancy rights. He argued that becoming a property developer and landlord would put that at risk.

Will Guy, Administrative Vice-President in 2017, shared the same concerns about OUSA “splurging millions of dollars in an industry where it has no commercial expertise”. He said “it wasn’t a good investment in 2016 and it isn’t a good one now.” More concerning for him was that the investment “isn’t even planning on targeting the development to students.” He said that “this sounds like an Executive and CEO who have forgotten what the purpose of the organisation is.”

However, Will also acknowledged that OUSA has wanted to diversify its income streams for years, since Voluntary Student Membership (VSM) forced them to rely on the University’s goodwill for financial sustainability.

OUSA CEO Debbie Downs said the proposal was necessary to fund OUSA’s services. She said that other commercial opportunities would have represented a much higher-risk investment. Debbie acknowledged that the cost involved in developing the apartments is “significant”, but could not share specific numbers with Critic.

Debbie said that “the development pays for itself over the next 10 years or so.” Critic notes this is 3 years longer than it takes the average student to pay off their student loan.

When asked about generally negative student responses to the plan, Debbie cited referendum results from 2018 and 2019, where “75% of respondents were in favour of OUSA owning student flats.” In both years, the questions were about OUSA owning student flats so they could “set the standard of flat ownership in North Dunedin” and “offer students a fair and reliable flatting option”. In a statement to Critic last week, Debbie said these flats were “not developed with the student market as intended end-users”.