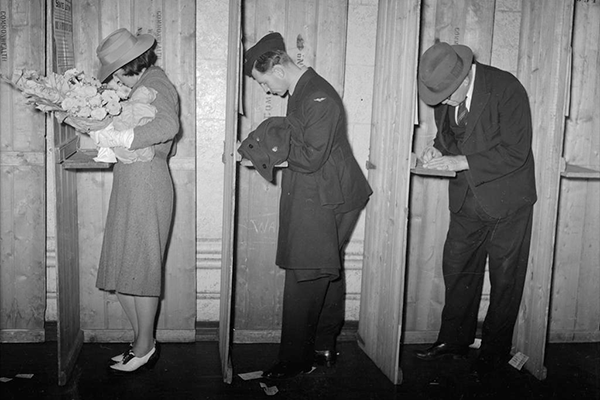 The Press Council has part-upheld a complaint from Dunedin City Council against this article. The PressCouncil decision is here http://www.presscouncil.org.nz/

Emails have been acquired by Critic between DCC Electoral Officer Pam Jordan and a number of advisors within the DCC and other local councils in cities with universities. They show the DCC misled and withheld information to both OUSA and the media about their decision to scrap a voting booth on University campus during the 2013 Local Body election.

DCC Electoral Officer Pam Jordan had publicly claimed that she had made the decision in response to then OUSA president Francisco Hernandez’s decision to run for a council seat, telling Critic “My concern was the perception of the public and other candidates that the provision of the booth in that location might favour the candidate who (quite legitimately) in his other role, had requested the booth.”

However, emails reveal that they had privately planned to pull the booth even if Hernandez had decided not to run. Hernandez, who maintains he was acting in good faith in his role as OUSA President and had not yet decided whether to run for a council seat or NZUSA President instead, had inquired as to whether his running would impact the decision to provide the voting booth. He said he would not have run if it meant “disenfranchising students”.

Jordan appeared to react to the request poorly, privately accusing him of issuing “an ultimatum”, and saying “I have no option but to decline [the booth] even if he decides in the end not to stand, because he could say if someone asked him why his nomination didn’t eventuate, that he didn’t stand so I would provide the booth”. Throughout the emails, Jordan appears more concerned with avoiding the appearance of impropriety than actual impropriety, even as she admits Hernandez was acting legitimately within his role, saying “I am trying to look at this story as it might play out on the front page of the ODT”.

Several advisors replied to Jordan’s original email, and their reactions demonstrate a consistently dismissive and suspicious attitude toward student voters. Not a single person consulted was in favour of the booth, all recommending pulling it or seriously limiting its availability.

In one email, an advisor suggested that providing the voting booth “only lends itself to the possibility of political shenanigans in a place that is well known for it”.

Two aides encouraged Jordan to delay the decision and ignore Hernandez’ inquiry, with one telling her “My view would be a strong no, but to kick for touch and tell him you are too busy to consider it this week (on account of being too busy with close of noms, or perhaps having to consult wider, or some other suitable fob off), then politely decline once nominations close”, and another saying “I’d do nothing this week, wait for him to call you, then say terribly sorry I’m too busy to give it the full attention this week.”

Jordan never did respond to Hernandez’ request, and his decision was ultimately made without the knowledge of whether the booth would be provided or not.