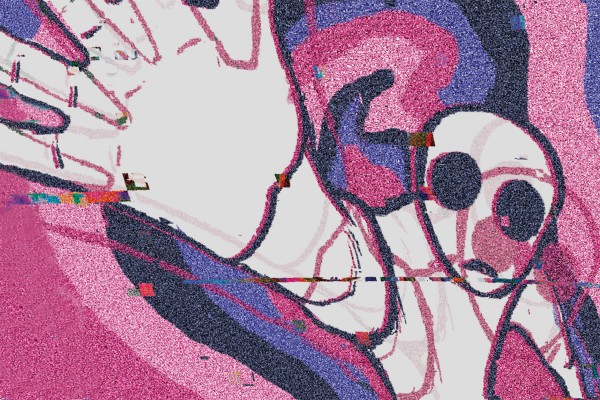 Weed is the most widely used illicit drug in New Zealand, and for good reason. Cannabis has wide applications for mental and physical health, has no reported cases of fatal overdose, and in many ways is significantly less dangerous than alcohol. The long-running Dunedin Study estimates that by the age of 21, 80% of us will have smoked weed at least once, and up to 20% of the former could meet some criteria for a clinical dependence. Weed is synonymous with student culture to the point that it’s at nearly every party or hangout, but what happens when it just isn’t compatible with you?

Though smoking weed in small amounts is completely harmless for most people, others can experience rare and awful reactions. These vary based on a variety of factors, such as age, tolerance, genetics, and presence of mental illness. Little talked about and seldom experienced, the more severe end of cannabis side effects go well beyond greening out.

Symptoms such as hallucinations or psychosis, depersonalisation (feeling “outside your body”), derealisation (feeling like everything around you is “fake”), recurring panic attacks, and loss of motor function are all documented side effects that can last far beyond the usual buzz. For some, extensive cannabis use could lead to a later diagnosis of a serious illness such as Cannabis-Induced Psychotic Disorder or Depersonalisation-Derealisation Disorder, (a dissociative disorder that can be caused by substance abuse, most frequently weed), or it could otherwise exacerbate existing conditions.

Critic reached out to people with experiences ranging from panic attacks and dissociation to longer-lasting symptoms of psychosis. Many participants echoed sentiments of feeling “alienated” because of their experiences, citing a lack of resources and that smoking weed is “a huge part of socialising amongst young people” that they feel left out of.

The first time Amy* smoked weed was with friends who smoked regularly, but even they were confused when she had a severe panic attack and then found herself unable to move. “I felt really dizzy at first and could feel myself starting to panic. I realised I could barely see and had to crawl back inside. I only just made it to the door by the time I passed out. When I woke up I had been moved to my friend’s room, but I felt dissociated, with no motor control. I had to manually breathe all night.” Amy said this experience made her feel like she had done “something wrong” when she hadn’t, but when pressured to try smoking again she kept having the same response, no matter what she tried. “I think it’s so important that people hear about this," Amy said. "Some people just don’t mix well with weed.”

Max* had diagnoses of psychosis and severe anxiety prior to trying weed, but found that smoking made their symptoms so much worse. They told us that “Almost every time I smoke it, I have increased paranoia and feel like I’m not real. It’s consistently a feeling that someone is watching me, and oftentimes I see horrific figures or shadows and I freak out. It gets pretty bad, sometimes to the point that I need other people to constantly remind me that I’m okay. I have moments where I feel like my body isn’t mine or my surroundings are fake. Usually when this happens I sorta mentally black out, where I’m conscious but I don’t remember it and I only come to a couple hours later.” Even though Max now has "moments of dissociation throughout my weeks” following their experience, they still feel a bit self-conscious about not being able to sesh with friends. Still, they concluded by saying that "It's completely normal that something doesn't work for everyone. It's not something to be ashamed of."

Liesel* had someone call her a “drama queen” after she first reacted to weed so severely that she was unable to move and had to be carried “the whole way home”.  She recalls, “The cone went down easy [but] the ground beneath me collapsed into waves of static. My heart pounded until it was sore and I couldn’t breathe." Liesel’s susceptibility to weed toxicity is rare, and has made doctors and counsellors confused. Her friends could only watch as she was “paralysed” and no one understood what was happening. “I couldn’t stand. I started convulsing violently, over and over. I don’t think I’ve ever experienced a more traumatic thing in my life,” she said. Liesel smoked weed again a second time after being convinced to by others, but suffered a repeat experience and now has PTSD as a result. "Most people I talk to seem to not know what it is so it fucking sucks… I haven't even recovered yet." Despite all of this, Liesel, like everyone who responded to Critic, is pro-weed. She just wants to be understood when she turns it down.

Though the psychoactive effects of marijuana have been known for a very long time, research into how it can cause psychosis or dissociative illnesses and why a select few are vulnerable is still relatively new. The Dunedin Study found that weed smokers were more likely to be diagnosed with a psychotic disorder by their late twenties, with the risk being doubled for those who smoked regularly from a young age, and especially those that had a family history of similar mental illnesses. For the most part, it seems to come down to genetics – while weed cannot "cause" disorders such as schizophrenia, it may interact negatively with a certain gene, increasing the risk for the individuals who carry that gene. Prior conditions play a role too, with disabled people or those with mental illnesses appearing to be more at risk for a negative reaction that may even need medical attention.

Nate* has fibromyalgia, chronic fatigue, BPD and OCD, and experienced episodes of psychosis as a teenager prior to smoking weed. They can smoke weed in small amounts to help with their pain, but any more "can send me into a very paranoid [or] psychotic episode. I'll dissociate and it'll generally trigger a panic attack." Though Nate, like our other participants, has had their regular experiences dismissed as just needing to "smoke in a different environment" or "the whole 'you need to find the right strain' type nonsense", they are lucky to have friends who are "understanding and gentle with me when I end up in that paranoid space".

"I think the thing I wish people did differently was just to have more respect for people who have different experiences with weed,” said Nate. If you’re around someone having a bad reaction to weed, kindness is key. Provide them with company and a quiet area to ride it out with lots of water and food if possible. Keep noise and lights low if they’re overstimulated, monitor their breathing and heart rate, and don’t be afraid of seeking medical attention if you’re worried.

“While I'm a huge supporter of legalising weed,” said Nate, “I do wish there was more education and representation of the negative reactions some people can experience from it without it being tied to [anti-cannabis] nonsense, so that people can be prepared for their friends to have certain reactions and then respond in a helpful and happy way." Overall, the most important thing is to be understanding if people say they can't smoke, or respect it if they say that they know they'd have a bad time this sesh. Stigma and fear of ridicule only make these experiences worse, so don't be a dick. Besides, though it may be underreported, the concept of having a psychotic response to a psychoactive drug really isn’t that far fetched.