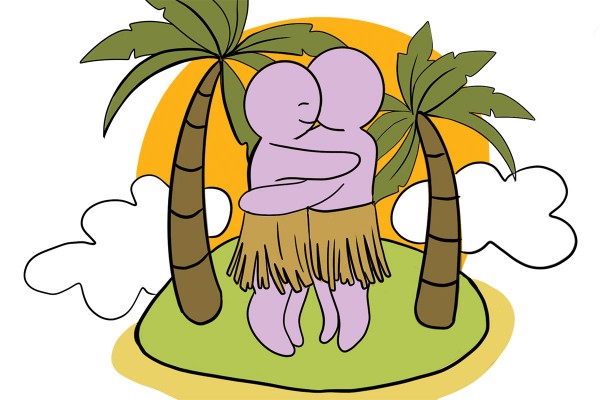 Talofa! It was Tuvalu language week from Sunday 26 September to Saturday 2 October. To learn a bit more about Tuvalu and its language, I talked to Nancy, Fagasele, and Riiti, three beautiful Tuvaluan students here in Dunedin.

How would you describe Tuvalu for people who don’t know anything about the culture/country?

Nancy, who is of Tuvaluan and Fijian descent, said that “Tuvalu is the smallest atoll in the Pacific and the fourth smallest country in the world, but what it lacks in size it makes up for in overwhelming beauty and culture. Known to the world as the ‘sinking island’, Tuvalu is much more. It is an island with values rooted in Christianity, family, and traditions.”

Fagasele said there was one word to sum up Tuvalu, “loto tasi, which means united. Our people are one, Tuvalu culture is humble and welcoming.”

What sets Tuvalu apart from other Pasifika cultures?

“Despite it being small and unknown to the world, Tuvalu is unique in its own way. What sets it apart is the sense of community — neighbours and the whole community become family,” said Nancy.

Fagasele said, “our resilience sets us apart. We are a small island nation of just under 12,000 people, but we are capable of recovering from so many difficulties. One of the toughest difficulties we’re facing is climate change, and relocation is not a solution.”

What has your experience been as a Tuvaluan student in Dunedin?

“To be honest, I’m a plastic Fijian and Tuvaluan. All I know is that Fijian and Tuvaluans are off-limits because we’re probs related so thank you next lmao. On a serious note, Fijians and Tuvaluan students have a smaller community here compared to other Pasifika cultures. I would like to see Tuvaluan students establish a student association just as the Fijian students have. However, the amount of support from the P.I. Centre and departments at the University makes the university experience worthwhile,” said Nancy.

Fagasele, who was raised on the island, said she experienced culture shock when she first came to Dunedin. “Back home it’s heavily family-oriented. For the first few months I didn’t know how to function on my own. You could walk for miles on the island and still see the ocean on both sides, that’s how small Tuvalu really is. I miss the sunrise and the ocean. However, advice someone gave me was ‘kufaki, ite olaga nei se olaga faigata’ — it means have patience, build a high tolerance, because there are many difficulties in this life. This is what kept me going, I was prepared for the worst.”

What do you appreciate most about your culture?

“I appreciate the sense of identity and belonging that both my cultures, Tuvaluan-Fijian, give me. Being of two cultures has made me adaptable and appreciative of being different. Although some values of both are similar like their sense of community and Christianity, they also differ in certain cultural traditions. All these values have set me up to become a strong, independent Pacific Islander,” said Nancy.

Fagasele appreciates the diversity in her culture. “I love that Tuvalu culture is a mixture of the Pacific, we have Polynesian and Micronesian roots. Tuvalu has nine islands and I love how each one is different. I’m from Nui island and we speak a different language, which is similar to Kiribati,” she said.

To mix it up a bit, here are some Tuvaluan phrases you can use that are pretty cool:

“A motto from my island was ‘manatua mai au’, which translates to: no matter where you go, always remember where you come from,” Fagasele said, which immediately caused tears to well up in my eyes.