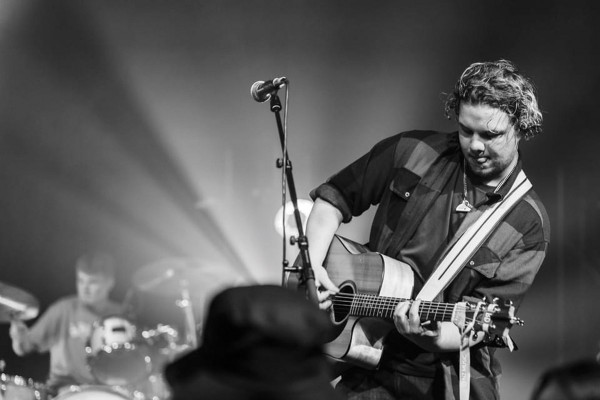 Singer-songwriter Alex Dykes is loud, full of life, and new to the Dunedin music scene. His upcoming album, The Dunedin Study, is set to be released this summer. Critic sat down to chat with Alex on his upcoming projects, his time at Otago, and his creative process.

Alex started playing music from a young age, and his interest in music began to naturally progress. “I started playing ukulele when I was six, and transferred to guitar when I was eight. I was always playing in variety shows and stuff. I was always writing songs, it was an outlet for all of the weird shit I couldn’t express and I’d chuck it in my song book” he says.

Alex then moved out of home and came to Otago to pursue a Politics degree, but began to find success in the Dunedin scene after performing in Battle of the Bands. “I came to uni, and it was the first year they were taking solo acts and I thought, I’ll give it a nudge.” After his performance, Sam Elliot from Jam Henderson shoulder-tapped him and asked him to open for them at U Bar. From there, things began to take off. “It was all spur of the moment, I guess that was the beginning of my presence in the Dunedin scene,” he says.

Alex’s music deals with the trials and tribulations which university students face during their first few years out of home, from the fun and exciting, to the heavy and hard-hitting. His lyricism, authentic sound and persona create a one of a kind connection with crowds, which he says is his favourite part of what he does. “I love what I do, but it’s the connection you get with people that’s the best part about it.”

Some of his songs, such as one of his first singles “The Alcoholic’s Waltz,” deals with the struggle alcoholism places on relationships. “Some songs, like The Alcoholics Waltz, it’s such a heavy topic, but people come up to you and say this and that about it. I was thinking, how do I talk about this? But I can’t, so I put it in a song,” he says.

Alex’s musical concepts aren’t pre-planned. “The [upcoming album] is called The Dunedin Study, and it’s basically my diary from my first year of uni. I didn’t go into it with this big grandiose concept. Something would happen, or there would be a situation, and I’d think, there’s a story there. I would put stuff in my notes app on my phone, and songs kinda came out of it,” he says. “It starts off very much ‘we’re on the piss, this is awesome, but oh God I have to go to class’, which is like how uni semesters go. It’s about the first relationship you have away from home, then it spirals and manifests into a relationship with alcohol, drugs, gambling and all the other sort of stuff which has happened. I talk very openly about it [on the album].”

As for how he describes his sound, Alex says it can most simply be described as noise. “I am aware of the fact I am a solo artist in what is considered a band scene, so I make my shows as loud and cheeky as possible. Things like putting Nicki Minaj songs in the middle of a set, it’s like if Mumford and Sons had a baby with Netsky. No two shows are the same,” he says.

Alex’s upcoming album is set to be released this summer. Until then, he is playing Good Good July 23, Starters on August 4, Pint Night on August 18. He can be found on Spotify.