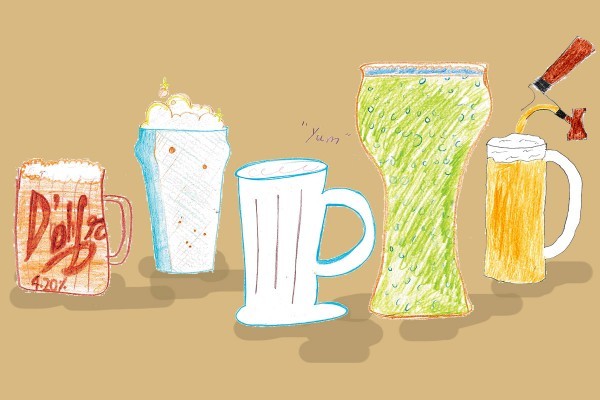 OPINION: Middle Aged Drunks Are the Problem, Not Students

There’s a rugby match tonight. Shona’s left Xavier with a babysitter, and she’s going fucking rogue. For one night and one night only, her pent-up midlife chaos will be free. Her husband, Murray, is also gearing up for the game. Murray and his corporate buddies will indulge in too many beers, and take out their pent up anger on bar staff and young girls. It’s time to stop blaming students for all the drinking debauchery and inappropriate behaviour. It’s the boomers that are to blame.

Students are the scapegoat. We’re notorious drunk bastards, so fair enough. But, it’s only reasonable to point out that middle-aged drunk people are so much worse. It’s bonkers how I’ve never sliced my foot open on broken glass in town until rugby night. I’ve only ever been physically heckled by intoxicated middle-aged men, who think it’s funny to hit on 18 year old girls and punt Neuron helmets at me.

Why the fuck is Murray trying to prank me by jumping in front of my bicycle? Either I fall off and get injured, or he gets run over. How funny. I only realised writing this that I should have run him over.

Students suck, but give us a break — our brains haven’t developed yet. We are stupid because of biology. Our stupid antics are generally quarantined to Studentville, since middle-aged people ruined town for us. Only the most stoic of tertiary troopers manage to withstand the cold pilgrimage to (and endure the cost of) Vault 21 and Mac’s Brew Bar. Adults don’t face this issue. Shona has been miserable, committed to her manchild of a husband for 15 years now, and has nothing to prove by squeezing into her old skimpy pleather miniskirt. They can afford fancy merinos, and their faltering metabolisms retain heat throughout the night, creating an unstoppable apex predator. There’s no way we can outlast them.

Likewise, most of us generally can’t afford to get obscenely drunk in town. Murray’s cushy nine-to-five at the council allows him and Shona to indulge in $20 cocktails aplenty. Fuelled by G&Ts, they begin to wreak havoc. Wine o’clock notwithstanding, their alcohol tolerance has waned over the years. In creep the long-repressed party animals; the agents of chaos. Students aren’t great at handling their alcohol either, but at least we do it enough to know our limits. When you get on the piss with friends after months of PTA meetings and potlucks, it gets sloppy.

In my experience, drunk old people are the meanest drunk people. Alcohol doesn’t mix well with the morals and bigoted perspectives of 40 years ago. Slurs, microaggressions, and regular aggressions are far more common in bars targeted at older clientele.

Excessive partying might be healthy. Hear me out: at some point in the week, your Re-O Week bender reaches a terminal velocity and maxes out. The MDMA only lasts so long, and eventually the comedown reduces you to a meek and mild serotonin-deficient babe. You’ve cathartised the stress of uni life. Murray doesn’t have that outlet. Murray is a nuclear bomb, and he doesn't remember whether to cut the green or the red wire, and also he’s colourblind.

The media loves to create generational battles, making up words like “cheugy” to pit Millennials and Gen Z against each other. I don’t want to do that. It’s important, though, that our elders take responsibility for their actions. By all means get on the piss and have fun, but keep it in check and don’t blame us. And please stop throwing Neurons at me. They hurt.