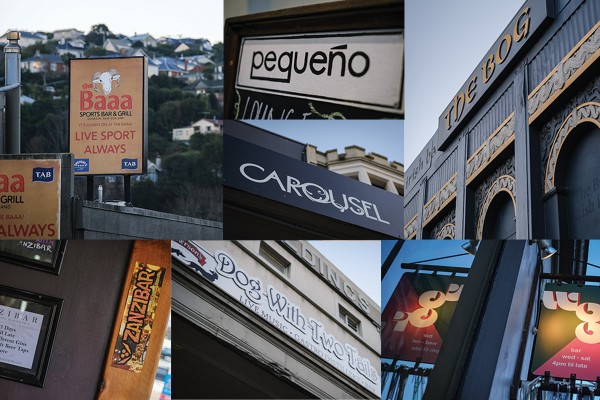 In this issue, we begin a review of all the bars in Dunedin assessing the general vibes with some first-hand experiences. Until we put together a scientific ranking, who better to review our bars than myself, a washed up fourth-year with a mild drinking problem?

Going to the Dunedin Social Club is like going home to your shit town for the summer. It’s slightly boring, but at least it’s warm and has a pleasant sense of familiarity. There’s not much which makes the Dunedin Social Club stand out. It’s kind of just there. Like your flat chores or student loan, you know it exists, but you just never really put much thought into it.

My vodka Red Bull was good. It was cold and tasted like the sticky layer of sugary alcohol left on the club’s floor when the lights come on at the end of the night, the way a vodka Red Bull should taste. The music was a DJ playing DnB remixes, although he looked more like a second year breatha who lives on Castle Street than a professional DJ. The patio reeked of alcohol.

Music: 3.5/10, something that wasn’t Rio by Netsky would have been nice

Mac's Brew Bar is underrated. It has the perfect range, from ‘evening bar drink with friends’ to ‘making out with a stranger on the dancefloor while David Guetta remixes play’. It has a large outdoor patio area to mix and mingle in, and a steamy dance floor inside, depending on which path your evening takes.

Mac’s plays every single early 2000’s banger you listened to as a child. It makes you feel like you’re shredding up the dancefloor at your year six disco. You have the same sense of excitement and adventure, but with a higher sex drive and a substance which isn’t Budget lemonade pounding through your blood stream.

Drinks: 6/10, reliable but nothing too fancy

If you’re into chain-smoking and live acoustic music, The Craic is the place to be. It has an outdoor seating area which reeks of tobacco. The inside is smaller, cosy and there is little room for personal space. However, the live music never seems to disappoint, and the tiny bar makes for an intimate setting.

I opted for a vodka soda, not Guinness. I don’t care what you say, that shit does not taste good. Cramped atmosphere and suffocation aside, the drinks were refreshing, and the live band slapped pretty hard.

Drinks: 7/10, pretty solid in terms of taste and price

Music: 9/10, lively, energetic and got the crowd going

The Bog is another classic. The night I went also coincided with the night David Seymour decided to show up. I felt like I was on the set of Duck Dynasty. There were lots of bearded boomers in camo who seemed to be getting very angry about socialism.

I decided I needed a drink. The bartender was chatty, and gave me an incredibly strong vodka soda, which was good value for $10. I hoped the vodka and ’80s rock music would drown out my surroundings. It didn’t. Angry boomers aside, The Bog does offer quiz nights, cheap drinks and classic bar tunes.

Music: 7/10, you can never go wrong with classic bar tunes

Carousel is comfort. It’s grace. It’s elegant. It’s home. It has been my staple watering hole for much of my university life. Maybe it’s because of my personal attachment issues, or because the mac and cheese bites are just that fucking tasty.

The bar staff are friendly, and can whip up either a fancy cocktail or just the classics like a wine, or a rum and coke. Whatever tickles your fancy. The main lounge bar has lots of little booths and cubbies for mixing and mingling, and the mirrors in the bathroom make you feel as though you have entered a different dimension. There’s also wallpaper with naked people on it. The music is the perfect volume and level of doof doof so you feel the beat, but don’t have to yell at your mates to talk.

Atmosphere: 10/10, your family home meets your new life in the big city

Music: 10/10, the perfect level of doof doof and great DJs