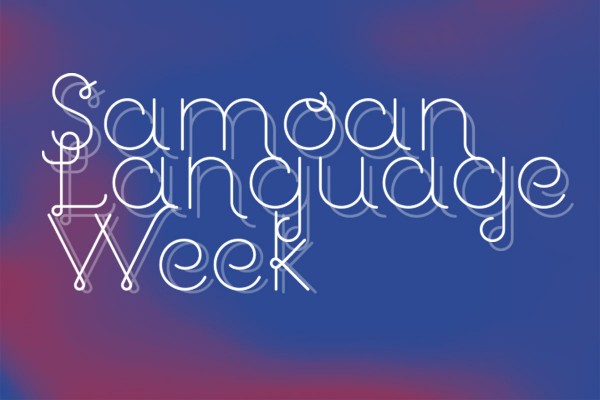 Talofa lava you beautiful things. This week, from Sunday 30 May to Saturday 5 June, it’s Samoan language week. To learn more about Samoan culture and the importance of our Pacific neighbours, I caught up with Fa’ataumamatemalesoatau, a Samoan student at the Polytech and a cultural rep on the Otago Samoan Students Association (OSSA) about Samoan culture. “Food is a big part of the culture — you can never go wrong with island food. Any Pacific Islander would be proud of their food,” Fa’ataumamatemalesoatau said.

Apart from food, Fa’ataumamatemalesoatau said that storytelling is a big part of Samoan culture. “The dance is really important to me, it tells a story. I’m the eldest female, so I would always get pulled up to dance. Whatever song was playing, I had to do moves that tell the story of the song,” she said. “I also get really invested in the ceremonies, especially the tattoos (tatau), which also tell stories.”

Fa’ataumamatemalesoatau talked about how Samoan customs and traditions are central to the culture. “Respect is important too. For example when eating, this is kind of a lost custom because I don’t see many people doing it now, but when it’s dinner time, you serve your parents first, then you’re out the back with a hand towel and a basin of water for them to wash their hands. You wait for them to finish eating, then they wash their hands, and then it’s time for you to eat.”

Another traditional custom of Samoan is folafola. “When you have visitors over and they’ve brought food, you have to present the food to everyone there in a special way. A whole new specific, traditional, cultural language is used. I never got to learn how to do things like that though, I moved from Samoa before I was old enough to learn it,” said Fa’ataumamatemalesoatau.

Fa’ataumamatemalesoatau also shared what it’s like being Samoan here at Otago Polytechnic. “Even though as Pacific we have a lot of support, the curriculum is made for English speaking students. If the language they use is hard for us to understand, they really have no other way of trying to simplify that for us” she says.

OSSA reached out to Samoan students to share their thoughts about Samoan language week via their Instagram account (@ossa.otago). One student said that Samoan language week, to them, is “a special week to reflect on and think of those who have come before us, and the path they took to get us here. The week is for me to go back and appreciate that our ancestors have done so much, to get us here, which is maybe not appreciated so much every other day.”

For Samoan language week, OSSA is doing an ‘ava ceremony on Monday 31 May. There will also be an umu at the end of the week on Friday. If you’ve never had umu, you’re bloody missing out and should get into it.  An umu can be thought of as the Samoan version of the Māori hāngī. There will also be Instagram takeovers throughout the week to share facts and words throughout the week.

Here are some common phrases and useful words you can use to honour and recognise Samoan language week:

Fa’ataumamatemalesoatau also said that: “Samoan language week is for us to put more emphasis on those little things that make us feel more at home.” If you aren’t already, now is the time to get accustomed with Samoan language and culture!

As this is the last issue before exam time, I’m shooting my shot, in print. If you’re a 6ft plus Aries Samoan man … Hi sir x, I would let you ruin my life. Anyways, manuia tele lava le alo atu i su’ega, tofa soifua!