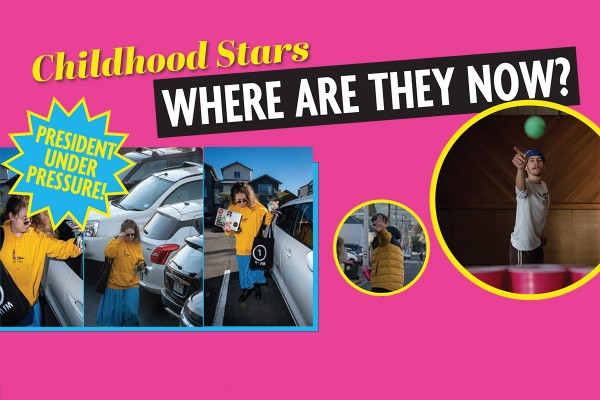 No Redemption for Sunk Pong Star

Once on top of the world, beer pong star Barry BonGlover has had quite the fall from grace. Ever since a manicure-gone-wrong rendered both of his hands useless, Barry has gone through alcoholism, jail, and divorce. And we were there for all of it! Let’s take a look back at some of his greatest achievements and, more importantly, some of his most embarrassing public freak outs.

Barry was born to netball champ Patrick BonGlover and shotput legend Monica Irving. They put Barry in the gym immediately. From the time he could see more than a meter, they only fed the baby after he sank a cup. And bitch cup didn’t count. His parents said that Barry’s upbringing “in no way affected his mental state as an adult. He’s a big boy who can make his own decisions. This isn’t our fault.”

Barry trained religiously. He was known to practice at strange hours, preferring to train at 3am. He said it gave him a “psychological edge” to know that he was training while his opponents were sleeping. By the age of 16, he boasted a record of 196-1. He avenged his only loss six times. Barry was known to stay at the table for hours at a time, not even leaving to pee.

Barry won the world title at the age of 18, the youngest ever to do so. By this time, he was starring in TV commercials, doing the talk show rotation, and travelling overseas. He earned major sponsorships from Marmite and Swanndri, and began his famously unsuccessful anti-neutering campaign with the iconic slogan “balls back, baby”. He also married surf and gardening heartthrob Tabitha Turner. He was at the top of his game, but everything was about to change.

A year into holding his title, Barry lost the use of both his hands in what is  widely speculated to have been foul-play. The chemicals in a hand balm administered by a manicurist turned out to have nerve-damaging properties. Barry narrowly avoided a dual amputation. Doctors told him that he would never play again. Despite their orders, he attempted a defence of his world title in Palmerston North. He lost. “I just can’t believe that, of all places, I lost it in Palmy,” said Barry. Many say that this was the beginning of the end.

Without the discipline of training, and on a heavy prescription painkiller regime, Barry took a turn for the worse. “I could’ve handled it if you fucking paparazzi pricks would let me heal in peace!” he shouted at us. His lawyer (who we paid for) denies that any of his behaviour was induced by the stress of media attention from a young age. His marriage to Tabitha Turner quickly unravelled, and the two divorced less than a year after his accident. “It’s entirely the media’s fault,” she said in an exclusive interview. “I loved him. We could’ve handled it if we had some peace.” As if! We all know that celebrities are born crazy.

In the years following his divorce, Barry was known to malinger around Dunedin, challenging randoms to pong and blowing a gasket when he inevitably lost. He eventually was arrested on a charge of disorderly conduct and common assault when he punched a ping-pong player in the link for “not playing the game right.”

Barry was destined to be a nutjob in the end. But before he inexplicably cracked, he gave the world some of the most memorable sporting moments in history. His crowning achievement, a trickshot off a passing seagull, will forever be on the highlight reels, right next to the video of him vomiting on a fan.