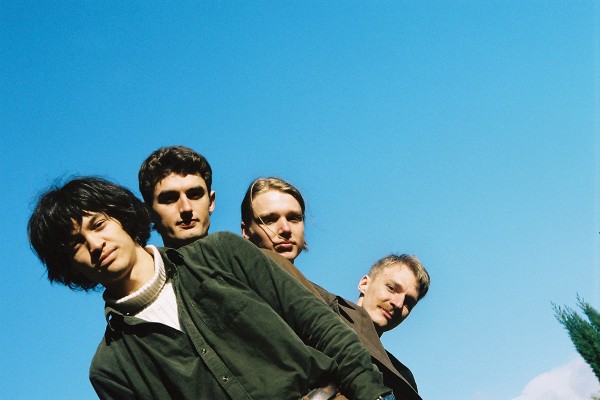 Named after the famous surrealist photographer and the Spongebob villain, Man Ray is one of Dunedin’s newest live bands. Man Ray sat down with Critic to talk about what it’s like gigging around Dunedin, the process of creating music, and their goal to create safe spaces for everyone within the industry.

Man Ray consists of local musicians Lachlan, Seb, Rutene, and Jack. The group was initially started by Lachlan as a small song-writing project. After making music with a few different people, bassist Seb hopped on board and Man Ray began to come to fruition. “Man Ray has had about four different incarnations now, and this is its final form,” said Seb. It was only a matter of time before the four guys started jamming out and booking gigs at the likes of Starters, or famous flats such as the New Yorker. “We’ve had a lot of gigs so far, so the opportunities are prevalent,” says Jack.

“At the moment we’re just a live band, we’re working on becoming a recording band but it’s a tumultuous process that we haven’t been able to navigate yet,” explains Seb. “There’s a number of factors like being students, not having a lot of money or studio spaces available, and there’s a level of perfectionism in the current Spotify algorithm climate,” he says. Despite this, Man Ray is committed to continuing to play live and work on recording music. “We’re patient and we’re navigating this climate. Something will be out pretty soon,” says Lachlan, “we rely on word of mouth more than social media which I think is to some benefit.”

Man Ray describe their sound in a variety of ways. “When I get my friends to come along, I say it’s alternative pop, punk or garage,” says Jack. “There’s a bit of jazz, alternative rock, a bit of punk,” says Seb. Man Ray’s process, like their sound, involves multiple ideas coming together to create something dynamic and lively.

“The best way to write is to have one person have the core section of the song, that collaboration is more fun than starting from scratch,” says Lachlan. Seb explains it usually begins with a core element of the songs, such as a chord progression or lyrics, then it builds from there.

Man Ray also have their sights set on a variety of goals they want to achieve within the Dunedin music scene. “We’re just babies in an incubator at the moment,” says Seb.

“I wanna see people come to the shows and know it’s a comfortable place to express themselves and jump around. It’s what the environment is for. We’re also trying to play with more female bands, that’s part of our vision in creating a comfortable space because it’s so male-dominated unfortunately,” says Rutene. Alongside this, Man Ray is trying to break down the barriers and encourage more representation in the scene. “We want to lift all barriers for entry and gig space, representation is really important to us,” says Seb.

In the near future, Man Ray hopes to release recorded music and continue to gain momentum through gigging. “We don’t want to be a live band for the rest of our existence. The idea of having a well-constructed recorded version of our songs is ideal. We want a concrete body of music that is out there for people to listen to,” says Seb.