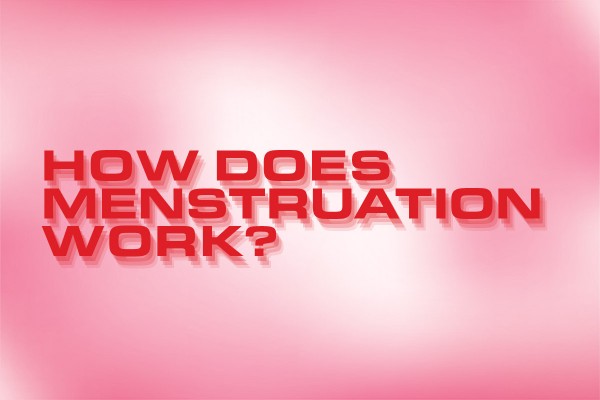 Mad Lib: How Does Menstruation Work?

Ask a friend for words to fill in the blanks. No matter how much you fuck it up, you’ll still receive a better menstrual education than anyone born before 1970.

Menstruation is the regular discharge of (LIQUID) and (NOUN) from the inner lining of the uterus through the vagina. It is often a (ADJECTIVE) experience, and side effects include acne, tender (BODY PART)s, bloating, feelings of (EMOTION), irritability, and mood changes.

Periods are caused by a series of (ADJECTIVE) changes in hormone production, and the structures of the (BODY PART) and (BODY PART). The ovarian cycle controls the production and release of (NOUN), and the cyclic release of (LIQUID) and (CHEMICAL) by the body.

Menstruation is a totally (ADJECTIVE) experience and a sign that pregnancy has not occurred. Symptoms in advance of menstruation that interfere with (ADJECTIVE) life are called premenstrual syndrome [PMS], and are normal. About 3–8% of people report experiencing extra (ADJECTIVE) symptoms, which is abnormal, and can be a sign of something severe such as (PAINFUL EXPERIENCE).

The most common treatment for menstrual cramps is taking (DRUG). (SAME DRUG) can be used to reduce moderate to severe pain, but about one in five people do not respond to (SAME DRUG) and require alternative therapy, such as (ANOTHER DRUG) or using a (SOMETHING THAT YOU HOLD).

Sexual feelings and behaviours change during the menstrual cycle, with some people reporting that period sex is more (ADJECTIVE), and that the orgasms are more (EMOTION). Before and during ovulation, high levels of (CHEMICAL) in the body result in a relatively increased interest in sexual activity.

Menstruation is often a taboo subject, but hopefully this informative guide will help spread the truth about this (ADJECTIVE) phenomenon.

Tags:   fill in the blanks menstruation