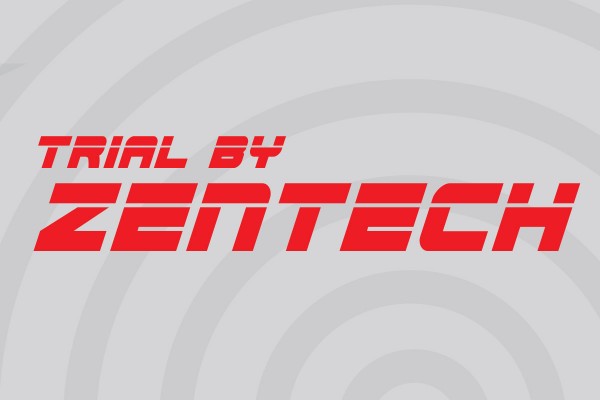 Trial by Zentech: A Story of Blood, Piss and Prostate

This is a true story. It has been edited for clarity, but all of the content you’re about to read came straight from the mouth of an anonymous student using the pseudonym “Dusty”.

The drug I tested in 2018 was a prostate anti-inflammatory. Possible side effects included long-lasting, painful erections and retroactive ejaculations. Off to a great start.

Signing up for a Zentech study is exciting. The promise of a big pay-out, free food and a weekend to catch up on Uni work was all very enticing. I didn’t spend a second on uni. I was in there with a mate, and we spent the entire time playing Battlefield. It was kinda like a preview of quarantine, or a bit like palliative care.

If you want to do it, the first thing they’ll ask you to do is to come in for an info session. The doctor comes in and asks you a bunch of standard questions like are you on meds, do you have HIV. All that shit.

You’ve got to answer “no” to everything and then you can fuck off for a few days. Then they start taking your blood. For a few days before your weekend-long drug trial begins, they make you come in for blood tests. Every single morning. I actually fainted at one of those, because I’m really afraid of needles. Woke up with my feet in the air and the room spinning. By the end of my time at Zentech, I could watch the blood come out without breaking a sweat.

They take blood often enough that we just kept a butterfly needle in the whole time we were in the experiment. You can opt to get all your blood from the blood tests back and I thought it would be hilarious to get all my blood back in a bag and sling it at a mate’s front door.

Anyway, the night before the weekend starts, I fucked up. I knew I’d have to pass a drug test on the way in, and I had been clean for months, but got trolleyed the night before and ended up smoking a doobie. Sure enough, I wake up the next day and panic, because now I need clean urine.

I kid you not when I say I asked every single one of my friends for their piss, and literally not a single one of them was clean. I had no other choice but to turn to my last resort.

I rolled over in bed and turned to my last resort. She was a pretty French-Canadian girl who I’d slept with that night. I had to ask her for her piss. She obliged, went to the bathroom with a glass jar, and returned it to me full of passable urine. Big shoutout to you, Sheila.

I hucked on a big ol’ ski jacket, tucked the jar full of piss inside, and went to the trial. Sure enough, they ask me for some urine, and let me go into the bathroom with the jacket on. I poured the urine into the cup with a sense of dread, because surely they’d notice that it was stone cold. They didn’t.

I was worried they would come back and tell me “hey, good news is you’re clean, but bad news is you’re pregnant, which is concerning because you’re a male.” But again, they didn’t. I was good to go.

Friday evening, after you turn up to the Zentech building, they put you in a taxi to the ASB building. They breathalyse you on the way in, and every step of the way after that. I passed.

You’re housed in this big open room with beds along the outside and medical equipment on the inside. They take regular blood tests, every four hours. They wake you up at midnight, four AM and eight AM. You're there from Friday night to Sunday morning.

I’ve spent a lot of time since thinking about the fact that it’s a primo place to put in the groundwork for getting laid, and know I missed a shot at this stinking hot ginger girl I was in with. Busty little redhead. Shame.

One of the girls said she had a migraine on the first night. They kicked her out immediately, but gave her full remuneration. I wouldn’t say to anyone “go in there and fake a migraine and you still get paid”. But she did that. And she left really early.

They compensate you based on how dangerous the drug was and how long you were in for. I was in for two weekends, and all up I made about $1,300. $1,100 after tax. The money pretty much just went straight to rent, booze, and ciggies. Maybe I bought a season pass out of that money. I can’t be sure.

There are some people in there who go in to Zentech studies instead of working; it’s like an income for them. They’re real gaunt looking, sunken eyes and scraggly hair. Basically what you’d expect the personification of a scientific guinea pig to look like. Which I guess they were.

If you wanna do a clinical trial, cool, you're a poor student and it's good money. It costs you two weekends, but people drink Monday–Friday anyway, so there's time to make up for it. Also pay attention to the side effects. Really research what drugs they're using at what stage they're at in the trial. Ours was about to enter the market, so it was pretty safe.

And that’s about it. I checked out and returned to the froth. Haven’t been back since.

I did get my prostate checked this year, just to see what was going on. It was so small that the doctor had to use three fingers to find it. Guess the anti-inflammatory worked.