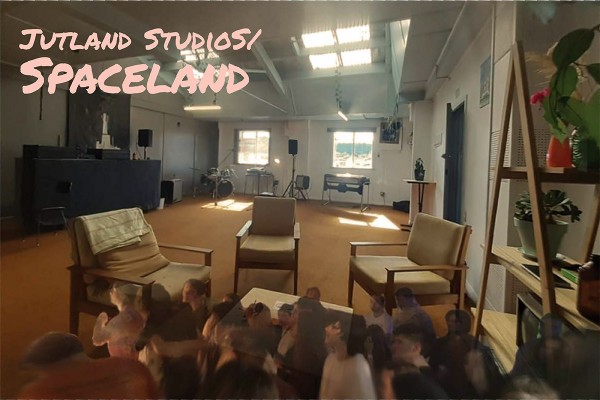 The scene: Waterfront warehouse district, surrounded by big trucks, empty buildings, and corrugated iron everywhere. Enter a new resurgence of the local gig scene. A quiet, yellow corner building with high ceiling and some bizarre architecture is the setting for a rejuvenation of the Dunedin music community.

Critic recently spoke to Jenny Duncan and Andy Frost, owners and operators of Jutland Studios, about opening a new space and welcoming young musicians and creatives into an environment where their expression can have somewhere to simmer. “We want to create creative space for artists,” Jenny said, “give them a foundation where they can learn and grow.”

Jutland Studios is allowing young musicians to rent out practice spaces for a flat fee, providing access to instruments and sound equipment. As well as the expertise of Andy and other experts floating around the place, there are plenty of familiar faces from the audio engineering and technical world of music.

The space is also open to artists in need of studio space, and the importance of having a creative environment outside of your home cannot be underestimated. “Art is a mental game,” our own esteemed artist and designer Molly Water said, “I need to keep my work spaces and my rest spaces separate, or I feel like there's a lot of pressure.”

For broke students, or people trying to enter the music scene, equipment is an especially daunting limitation. Between being generally inconvenient to move around and expensive as shit, having access to these instruments and technologies can make a significant difference in the growth and creativity of musicians.

Although still in early stages, having just moved in a few weeks ago, the space is a pretty unique locale. “It’s perfect, really,” Andy said about their current set up.

Warehouse districts have been used for raves since the dawn of time for a reason: no sound complaints. “It’s just nice not having to worry about sound, and have some space, but still be pretty close to town and Uni.”

Passion is a key word in the creation and growth of Jutland Studios. Jenny and Andy have been involved in music and event planning and management in Dunedin for a long time, and have seen many evolutions of the scene. When I asked what they would like to get out of creating their place, Jenny said “We want to be able to foster [music and events], that would be really satisfying.”

Following the death of the student pub (circa late 2010’s) all seemed hopeless. Not only was prime-time-piss-up real estate destroyed, but spaces with equipment and energy too. You can’t really be a musician if you don’t have anywhere to practice and play your music. Hopefully Jutland Studios will change that.