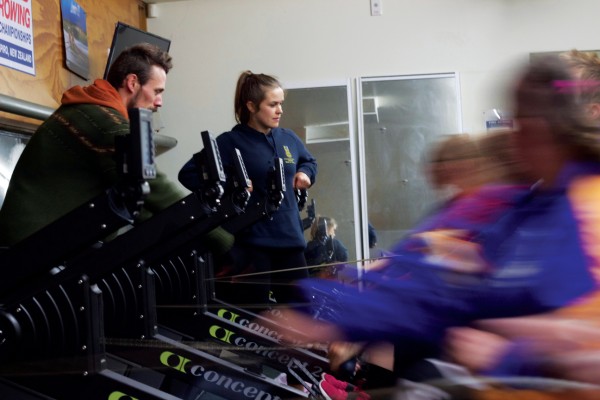 Down at the waterfront, where the University Rowing Club has monopolised the OUSA aquatic centre, every Monday evening an elite group of athletes push themselves to their limits and go beyond.

“Special Olympics are more about doing it, rather than the result,” Glen, the manager of the Rowing Club says. The athletes are training hard on the rowing machines because they’re looking forward to competing before a crowd of spectators next weekend.

The club started the paralympian programme 21 years ago. It sprung up to help assist fitness between basketball games. Because of the Dunedin programme, Canterbury and Southland branches have sprung up. The rowing club runs the program to allow people an experience they wouldn’t otherwise have, such as competing in a sporting event, or rowing on the club’s nationally renowned Indoor Rowing Tank.

The rowing club also works to enable disabled children to do things they wouldn’t otherwise be able to do. From late July, the rowing club facilitates schoolchildren with disabilities on a Wednesday afternoon. The larger group necessitates a larger group of student helpers, around 10 for the cohort of usually 50. “They’ve all got this attitude of ‘have a go’, ‘I can do this’”, Grant says of the children.

Rowing is a favourite activity for many of the athletes. Lots of them also play other sports, especially golf and basketball, and “most of them are demon bowlers,” Glen says.

“We’re not an official Special Olympians sport, and we haven’t really tried to be,” Glen says, citing the concern shared by some parents that having ‘more rules’ might not make for a better experience. However, the mixed-age group of rowers are affiliated with with Otago Special Olympics, and are recognised at the end of year prize-giving.

Some of the athletes have travelled widely on the back of their sporting prowess. I speak to Deborah in the hall outside. She’s been going to the rowing club to train since the beginning. She and her husband, Peter (who is hard at work on the rowing machine), got married at the clubroom. It’s quite the community.

It’s Kevin, Chris, Nathan, Peter and her who have been the stalwarts of the group since its inception. Deborah’s sporting career has seen her travel to Shanghai (where she won 4 gold and one silver), but at the moment a shoulder injury is keeping her off the machines. She’s confident the group will do well in the upcoming event, but she stresses the need for them to keep training hard at the final session before the event next Monday.

With a little help from Glen and Brittany, Deborah manages the training schedules and organises the athletes. Since her shoulder injury, she’s taken much more of a coaching approach. She describes her role as being ‘to watch the athletes and offer encouragement if they’ve stopped or gotten run down’.

Deborah shows me the training schedule. It looks punishing. It’s incremental, building up each week until the competition. Each athlete is keeping track of their achievements and pushing to overcome their previous personal bests.

With one more week of training before they compete on Saturday, the crew is training hard. They’re in the big rowing room with the indoor rowing tank at the moment, but on the 11th, when the event rolls around, they’ll move upstairs to the main clubroom. The machines will be arranged with a screen so that each participant can see where they are relative to the others as they compete in real time.

The athletes are grouped so that they’re competing against athletes with similar capabilities. Glen tells me that they’re doing the actual distances that they do in the New Zealand Indoor Rowing champs or the New Zealand Masters Games (Deborah has also competed in the latter, winning gold there as well).

I talk to Brittany, the student volunteer who’s helping to train and coordinate the squad (who is affectionately referred to by Deborah as ‘Coach Brittany’). Brittany is studying towards a Master’s degree in P.E. She’s been involved with the rowing club for 3 years. “They love it,” she said. “They’re doing a forty minute row at the moment, which is quite a lot, and those guys down the end are doing practice rows for next week.”

The room musters up a final burst of energy as I take some photos. They’ll be rowing on the 11th of May, with doors open from 12pm. I highly recommend everyone go and cheer them on. 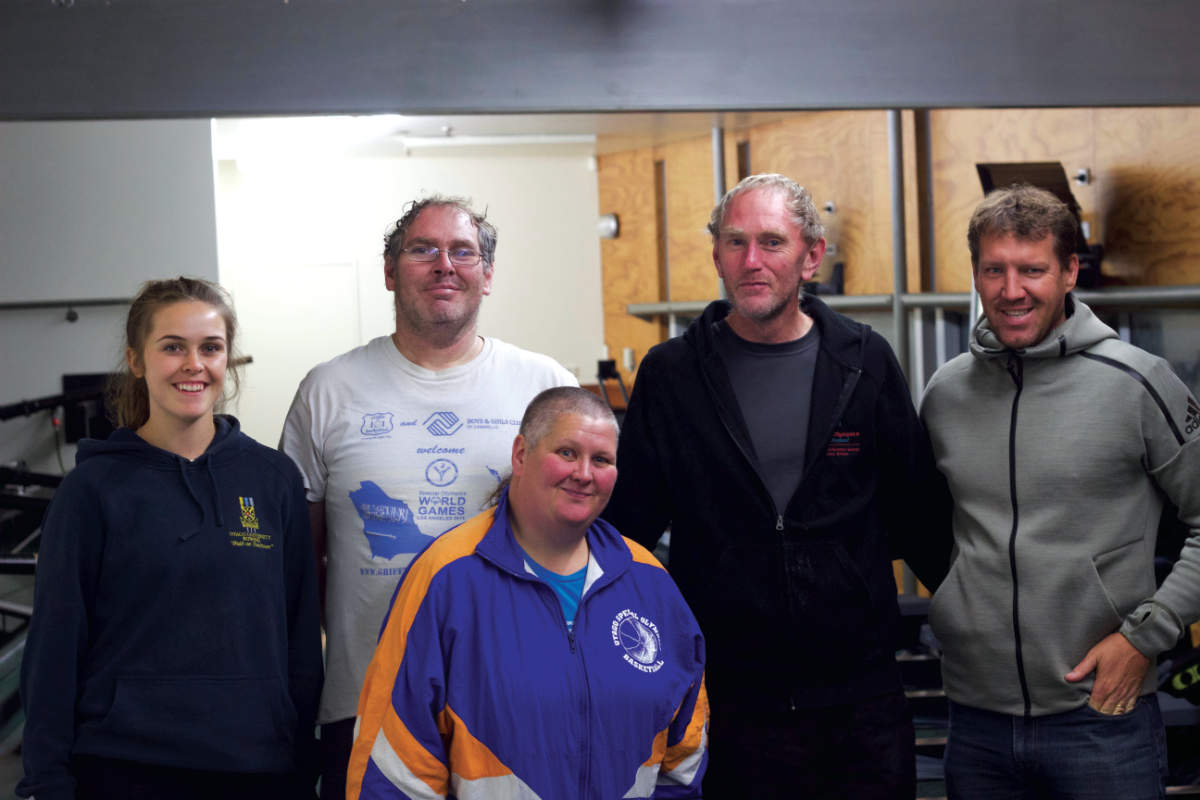