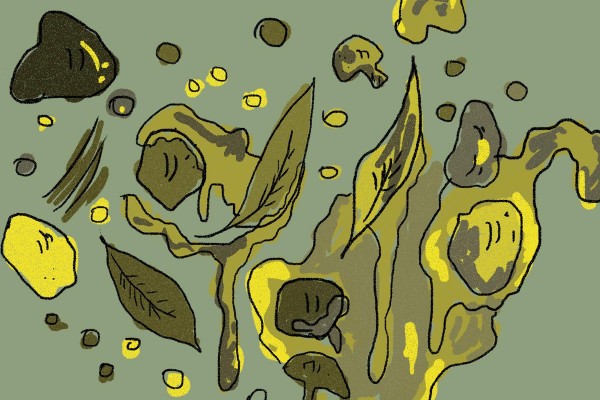 Where Does Stew End and Curry Begin?

When you reach a certain age you begin to ponder the deeper, more meaningful questions in life. If you have some semblance of intelligence you will be able to work out what question I will be discussing from the title.

Encyclopedia Britannica defines stew as a “dish of meat, poultry, or fish, usually with vegetables, cooked in liquid in a closed vessel over low heat”. It hastens to add that a good stew should never boil, an important fact which should be known by everyone.

The Good Housekeeping Cookbook (global authority on all things cuisine) describes stewing as a method of cooking meat by heating in liquid until tender then served with the cooking liquid. These definitions raise more questions than they answer.

I was certain that vegetable stew existed and was most certainly a real thing. Must stews contain meat? A quick google turned up a multitude of recipes for vegetable stew, so popular culture would suggest otherwise.

Stew’s origins are unclear, but records go back to the Ancient Greek historian Herodotus, who mentions the Scythians (an ancient tribe in the central Eurasian steppes) partaking in its hearty goodness. Stew is also featured in Le Viandier, one of France’s earliest recipe books.

These examples make stew look like a purely Western invention, perhaps the distinction lies in Eastern vs. Western origin?

But this hypothesis doesn’t stand up to scrutiny. Eastern examples range from Bo Kho, a Vietnamese beef stew, to Sancocho in the Caribbean.

Stew seems to have stood the test of time. The Ark of Taste, a group dedicated to cataloguing endangered foods, lists no stews as being at threat of extinction. Despite its deep history, stew is considered by most to be a peasant food and is often held in low esteem. This is probably due to its simple technique and its ability to transform lower quality meat and vegetable into a nutritious meal. Our poor humble stew is portrayed as a filthy tramp, as the ill-informed public disregard its versatility and ancient roots.

Our second subject for examination is a tad more flavoursome: the curry. A common misconception is that the curry is an old thing, when in actuality it was invented in relatively recent times. The word “curry” comes from the Tamil word “kari,” which means “sauce”. This phrase gives us a clue as to the difference between curries and stews, as stews aren’t sauce-like.

The layman believes that “curry” refers to simply any Indian or Asian dish of this nature, but the term actually describes a specific blend of spices adapted by Indian immigrants to Britain from their traditional spice mixtures.

The dish the Western world thinks of as a curry, in India is called a “masala”. Traditional masala is much more plain than curry, featuring fewer spices and having a less intense and pungent flavour. The origin of using spices in cooking most probably originated from the use of spices as an antiseptic agent to prevent meat and vegetables from becoming unsanitary.

Stew and curry share many similarities, from the necessity behind their original creation to the preservation of ingredients and their methods of preparation. The untrained eye may find it difficult to differentiate between the two, especially in borderline situations, but fear not! For we here at Critic have devised a simple formula to get you started on identifying what you are eating.

First assess the ingredients. If two or more of the aforementioned curry spices are included it’s probably a curry. However, to make sure, assess the fluidity of the substance. If you could feasibly drink it, it is a stew (possible curry spices present just make it a spicy stew). Before I leave you I will offer one final piece of advice: most curries are served with rice, but not many stews are served with rice.