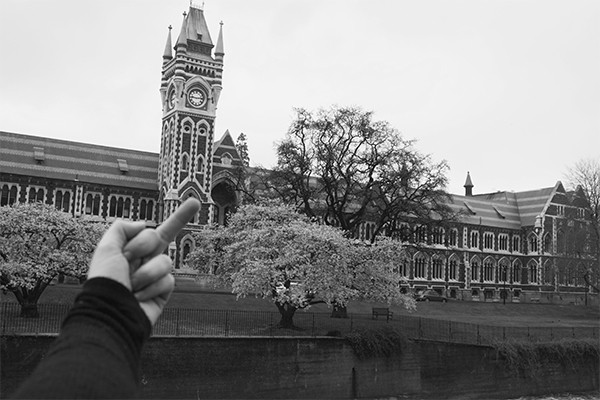 Ai Weiwei has been arrested, surveyed, interrogated, abused and exiled by the Communist Party of China (CPC). His contributions to the political-artistic discussion dominated the 2017 global art scene.

The son of a denounced Chinese poet, political retribution has been part of Weiwei’s life from the first year of his life, which he spent in a labour camp for alleged ‘rightists’. The ill-treatment of intellectuals in his formative years motivated him to become a visionary; he has taken a lifetime of social activism and turned it into a continuous performance piece.

Weiwei’s past work is often defined by the inconsistent encouragement and censorship of the CPC. Some of his works include:

The prodigious scale of his past work carried into 2017. The revolutionary documentary Human Flow was submitted to the Venice International Film Festival. Described as visual poetry, the documentary centres on the mass exodus caused by Middle-Eastern conflicts. A team of 200 crewmembers visited Syrian refugees in 23 different countries to document their experiences, often following the route across the Aegean Sea to Greece that millions of displaced individuals have embarked on since 2015.

Other exhibitions this year showcased Weiwei’s unabating desire to bring refugees to the forefront of global media. Law of the Journey in Prague’s National Gallery boasted a 70-metre inflatable lifeboat filled with faceless oversized refugee figures. The exhibit was described as a "Multi-layered, epic statement on the human condition: an artist's expression of empathy and moral concern in the face of continuous, uncontrolled destruction and carnage". The location held its own importance in the history of displacement: the National Gallery in Prague was the assembly point for Jews during WWII before their deportation to the concentration camps in Terezín.

After his blatant middle finger to the EU’s handling of the migrant crisis, Weiwei transformed the Hirshhorn Museum in Washington into a tribute to fellow dissidents of epic proportions. Assembled by hand with thousands of Lego bricks, 176 portraits covered the floor of the ring-shaped museum. The portraits ranged from the whistleblowers Edward Snowden and Chelsea Manning to civil rights giants Nelson Mandela and Martin Luther King Jr. The spotlight shone on a portrait of Nobel Peace Prize laureate Liu Xiaobo, longtime friend of Weiwei, who died earlier this year after being denied appropriate medical treatment for terminal liver cancer, because of the dissident status he obtained at Tiananmen Square in 1989; promoting a pro-democracy charter while protecting protestors from soldiers.

Weiwei’s life is a ceaseless performance piece, continually lending a voice to the grave humanitarian injustices of the current sociopolitical climate. Since his exile from China, the man has become notoriously difficult to locate. The only consistent platform to track his upcoming exhibitions is his twitter, @aiww.