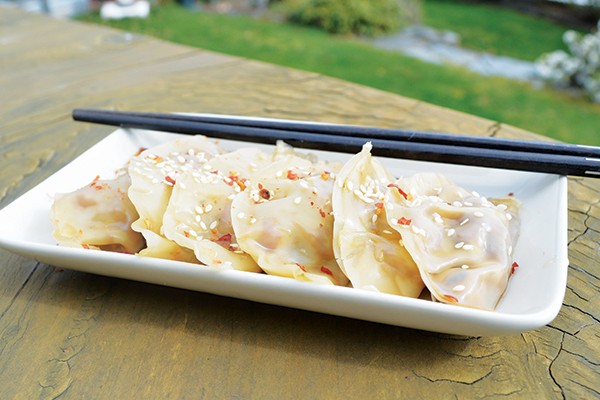 Dumplings are one of those things that test every ounce of my willpower every single time. How the fuck are they so good? Anyone who says they don’t like dumplings should be charged with treason as far as I am concerned.

I make mine in a bamboo steamer (which you can pick up from Kmart really cheap), but fried dumplings are delicious in their own right.

I’d rate them a solid 7/10 in their hangover curing ability, which follows closely behind chips and gravy.

They are a bit laborious, I must admit. Although the mixture comes together very quickly, and then it’s just a case of putting the mixture in skins. Why not grab ya’ flattie and have an old fashioned bitch at the same time!?