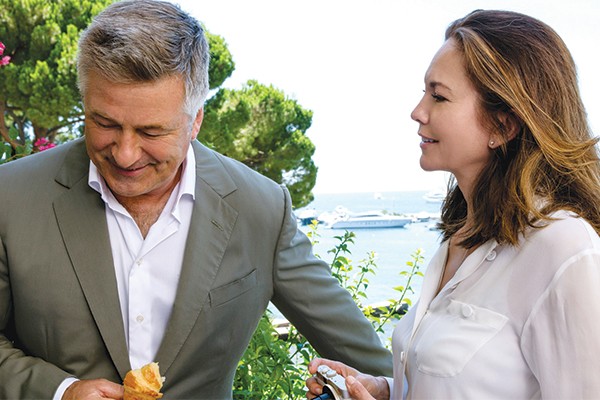 I really, really wanted this to be the Eat, Pray, Love we all deserve, but all this film made me feel was hungry. Eleanor Coppola’s Paris Can Wait follows Anne (Diane Lane), the wife of a loving but distant movie producer and his business partner Jacques (Arnaud Viard) as various circumstances result in the duo undertaking a scenic road trip, wining and dining their way from Cannes to Paris. Anne, initially impatient to reach her destination and hesitant over Jacques’ spontaneity and seductive Frenchman ways, finds herself relaxing into his company.

If you’re an avid foodie, you may want to see this. Or if you’re a hopeless romantic dreaming of the French countryside, but seriously, that’s it. There is no romance, comedy, charm, investment in developed characters, or even a decent soundtrack (Coppola shamelessly inserts a relative’s music because we’ll “like this band, they’re French”).

Then came the awkward bonding scenes; sitting in a car juggling said relative’s band and Mozart in near silence while these 2D, incredibly dull, yet highly privileged, characters force out occasional sob stories in a desperate attempt to make the audience feel anything but the desire for the pair to choke on their brie. It gets worse. Jacques forward behaviour towards a married woman, one who parries away each seemingly unwanted advancement and puts up with his suspicious need to use her credit card at every Michelin restaurant, ultimately misses the mark, rendering his cliché character unwelcome and the requite of this interest unfathomable. Paris Can Wait is an exquisite advertisement for gastronomic enterprises and European OEs, but you’ll certainly need that bottle of wine it’ll make you crave, if only to compensate for the utter sobering dryness of this film.