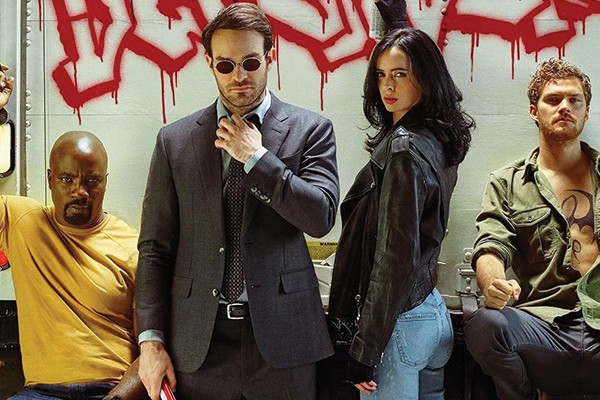 Marvel Entertainment’s latest Netflix release offers a miniaturised street level version of the Avengers in the form of the Defenders. Daredevil (Charlie Cox), Jessica Jones (Krysten Ritter), Luke Cage (Mike Colter) and Iron Fist (Finn Jones) make up the roster, following their own respective first (and second for Daredevil) outings. I would highly suggest watching all five other solo series before jumping into this one. It will make your viewing experience a lot easier and richer. The Defenders follows these established characters joining together to fight a mysterious criminal organisation called the Hand.

Overall, the series stands up well to the stand-alone series, offering the excitement of seeing comic book characters meet in a live-action setting, which I personally love as an avid comic book and superhero fan. Watching the heroes connect in snappy one-liners is such a joy, particularly between Luke Cage and Iron Fist. There are also great nods and set ups that will delight any eagle-eyed and knowledgeable fan. The series also offers more clarity on the villainous Hand organisation, which have been very vague since their introduction. For those who watched the first season of Iron Fist, you’ll be pleased to hear that Danny ‘The Immortal Iron Fist’ Rand gets some much needed character development. He is expanded, improved and generally made much more dangerous, as he should be. Colour is used very effectively throughout the series and the saturation is stunning.

However, the series does start slow, with the first two episodes being a little too exposition heavy. There are also some plot holes and throwaway lines, which hopefully will be resolved in subsequent series. But these are more than forgivable.