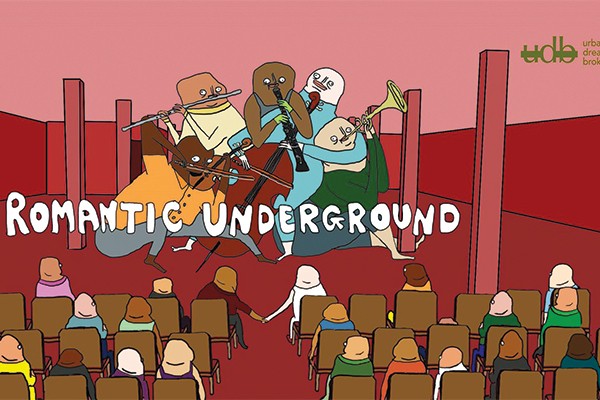 Do you find the concept of classical music enticing, but don’t yet feel like you have enough grey hairs, or cough lollies in your pockets, to fit in with the usual classical concert crowd? Are you vaguely interested, but don’t want to give up two hours getting a numb bum sitting in the Town Hall? Would you rather spend your Friday night out on the town with your friends? Well, the Dunedin Youth Orchestra have the solution! Come along to their open rehearsal and Romantic Underground Concert, held in the Underground Market at 177 George Street on 15 September.

You’ll be able to walk around the orchestra as they play, and take a closer listen to individual sections (warning: it’s probably best to avoid the violas). You can experience the work of some of the classical greats from right in the midst of the orchestra, and be wowed by the new sounds of one of Otago’s up and coming composers, Nathaniel Otley. A textural soundscape, using a variety of extended, unconventional instrumental techniques, Otley’s work provides a range of modern textures, unusual timbres, and fragmented rhythms. It’s a cool piece. Beethoven and Bruch write good tunes too.

So, come along from 6pm until 8pm for the open rehearsal, and from 9pm for the concert. You can also check out some of the orchestra’s members busking along George Street between 8pm and 9pm. Or, come along to the full-length concert at Knox Church on the 23 September at 7.30. Bring your friends!