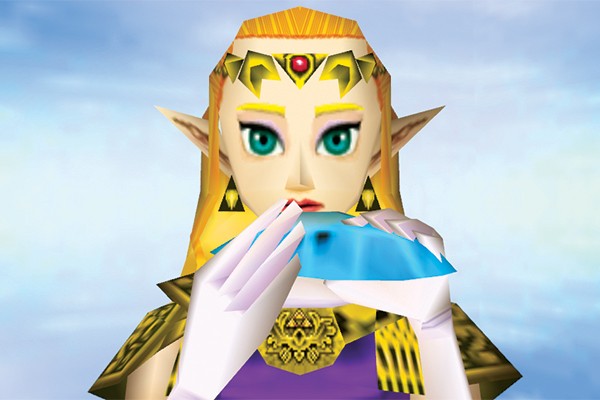 The Legend of Zelda: Symphony of the Goddesses

The Symphony of the Goddesses tour started in 2012 after the 25th anniversary celebration of the Legend of Zelda at E3 2011. Playing for just one night in Auckland (on a SCHOOL night too!), I was determined to go; it had been a dream to see this show live since I heard the orchestral tracks on the bonus CD of Skyward Sword that I borrowed from my friend in year 13. While Justin Bieber was at his peak, I was jamming orchestral tunes from the Twilight Princess symphonic movement. So anyway, I am really cool and love Zelda a lot, you get it. As I walked into the Aotea Centre in Auckland, I saw people dressed in cosplay and the mood was set immediately. I had to laugh to myself; there were many Links, a very good Skyward Sword Zelda and even a Tingle! Imagine dressing in cosplay at any other symphony orchestra.

These collective experiences of inclusion feel so incredibly special. When you’re a young kid, thinking you are the only person in the world who has ever played a video game or even heard of Zelda, only talking about it with your siblings and maybe some of your friends. Then, 20 years later, you are seeing a live symphony orchestra perform songs from the franchise you love unconditionally and sharing that with hundreds of people, all there to see the same experience. I was emotionally overwhelmed as soon as I stepped into the theatre. As the score started I felt my chest swell and tears stream down my face. It felt like such an uncontrollable physical reaction, just a wave of pent up feelings that were unleashed with no desire to try and hold them back or hide them. I’m sure that the people next to me understood as they didn’t look at me funny or ask if I was ok.

The music from this series has been such an important part of my life. In Ocarina of Time, my brother and I would constantly revisit Gerudo Valley, just to listen to the theme. You had to listen closely to the change in music in the Lost Woods to find your way to a hidden location. Specific locations are tied to certain events, battles, relationships and characters. Perhaps Zelda has stuck with me for so long because the core musical themes are always the same in each game installation, with places like Kakariko Village, Zora’s Domain and Hyrule Field having unique and characterised themes consistent with different instruments. Zelda games have also been heavily music based; you need to learn new songs to progress and discover new locations in Wind Waker, Majora’s Mask and Ocarina of Time.

Hearing these themes played so flawlessly live was completely awe-inspiring, magical and unforgettable. Jessica Gethin, the incredible conductor, brought so much energy and enthusiasm. She knew how special the show was to the audience and her passion completely came through, it was infectious, as the crowd screamed and whistled at the end of every piece. They even had short videos from influential members of the Zelda team including Shigeru Miyamoto, Eiji Aonuma and Koji Kondo, the composer for the series. They all spoke about the importance of music in Zelda and how incredible it is having this tour around the world, celebrating this element of the games. These videos were great, except for one part where I felt quite silly. I thought it was the end of the show and, as I stood up for a standing ovation, tears streaming down my face, with a huge childish grin, Miyamoto pops up on the screen behind the orchestra and is like “LOL HOW ABOUT ONE MORE”. Just like the games, the show was full of surprises (winky face).

The whole show felt like a beautiful time warp. Two hours of music, over in what felt like less than ten minutes. To really put it into perspective, not to BRAG or anything, but I’ve been to Coachella and, well, the Symphony of the Goddesses show was the most moving, emotionally charged live musical experience I have ever been to.

Tags:   symphony of the goddesses culture games review the legend of zelda