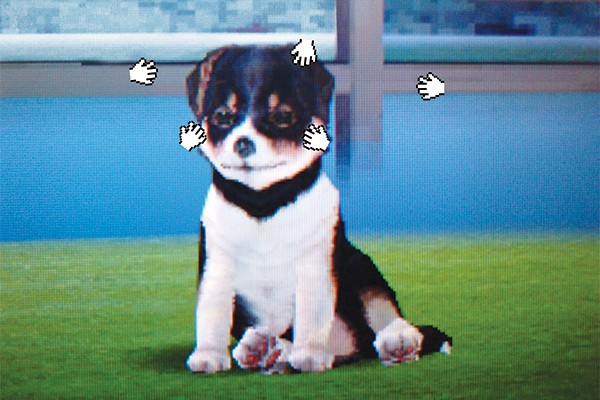 A Comprehensive Guide to Games Where You Can Pet Animals

Recently, my general feeling towards life has been that animals are the only pure things left in this year of general chaos. I don’t know about you, but I’ve personally changed my settings on Facebook to see posts from “Old Friends Senior Dog Sanctuary”, “Cool Cat Group” and “The Rat Fan Club” first. Eventually I will filter out everything else and only see pictures of old dogs lying around living their best lives.

I’ve just become aware that it is scientifically proven that petting animals can reduce stress, by increasing the hormone oxytocin and decreasing the stress hormone cortisol. Not sure if this is old news, but it’s new and exciting to me! So what if you’re like me and tragically allergic to cats? Maybe you’re frightened of dogs? Think rabbits are too quiet and a bit shifty? Perhaps you feel like rats are plotting something and you don’t trust them (you know, when they sit up and put their hands together, looks pretty conniving/adorable). Fear not, I’ve taken it upon myself to create a list of games in which you can pet animals, just in case you don’t want to in real life.

Perhaps the first genuinely good game in which you raise and care for a dog. I was suggested others, like Dog’s Life and Dogz 5, but these examples feel extremely hollow and, frankly, are a little bit scary (unintentionally I’m sure). This game was produced by one of the most influential designers in games, Shigeru Miyamoto, the creative angel behind the Legend of Zelda and Super Mario series. Miyamoto was inspired to create this game because he really loves dogs! His family adopted a dog and he was like nice, I want to make a game about raising a dog. How pure and beautiful is that?

The feature that changed everything for me in the Pokémon series is called Pokémon Amie. With this, you can pet, feed and play with your Pokémon. Levelling up your friendship in this way also helps you in battle. Your Pokémon will tough it out when status effects like poison are thrown at you; it even toughs it out at 1HP because it loves you so much. I may have cried the first time this happened to me, bless my beautiful Gyarados named Beast. Also, it’s really funny petting Gyarados, 10/10 would recommend.

I have NEVER cared about ANY of the games in the Far Cry Series mainly due to its use of racist stereotypes and often-misogynistic portrayal of women. In the latest release, Far Cry Primal, you can tame and befriend creatures in the world. This is something I wished so badly that they had done in Breath of the Wild. The option to either hunt or befriend is so important for making player decisions feel meaningful and giving you agency. Let me list for you some of the animals that you can pet, cuddle and befriend in Far Cry Primal. They are all amazing: bears, sabre tooth tigers, jaguars, wolves, even badgers. They also help you in battle, similar to Dogmeat, or when you tame wild animals, in Fallout.

Here’s a list (so far) of games I consider to be relatively enjoyable where you can also pet animals. Tell me what I’ve missed; I’d love to hear of more!

Tags:   games where you can pet animals games culture