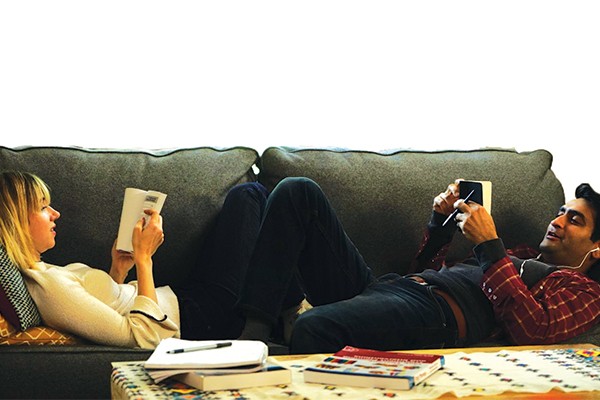 The Big Sick opened with great acclaim from critics and viewers alike. The film is based on the true story of how Emily V. Gordon and Kumail Nanjiani began their relationship. They wrote the screenplay of the film together and Nanjiani plays himself, while Gordon delegated her role to Zoe Kazan. Kumail is a Pakistani-American who is trying to make it in the comedy scene, while at the same time ignoring his traditional parents’ efforts to coerce him into an arranged marriage and law school. At one of his gigs he meets Emily. The pair hit it off, and they fall into a typical ‘not in a relationship’ relationship.

However, Kumail and Emily’s relationship takes a bump when Emily realises the weight of Kumail’s family expectations. His reluctance to try and open up to his family about Emily ultimately causes her to leave. Things get even more dicey when Emily is hospitalized with a serious lung infection. Kumail has to sign a permission form to put her in a medically induced coma. He calls her parents, who come in to take care of her. He then has to fight their disapproval as well.

The Big Sick lives up to the critical hype. The characters in the film are realistic human beings with shortcomings and the capacity to change. The humour was realistic and subtle, with a lot of dry wit in the dialogue. And although the film appears to deal with deep issues, it never comes off as too ‘lovey dovey’. The Big Sick explores issues in cross-cultural relationships, and puts a modern spin on the conventional rom-com.