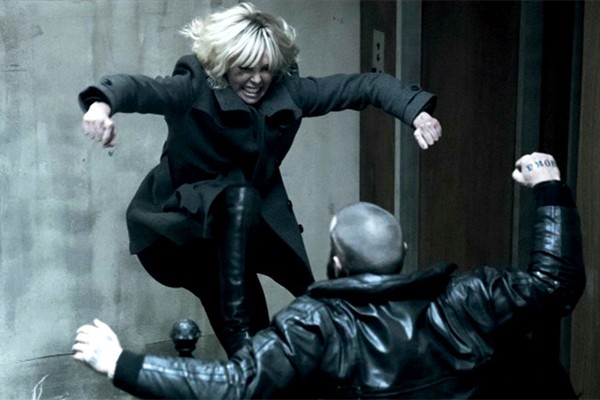 This movie will leave you feeling like you have just been continually hit in the face for two hours – but in a good way. I didn’t expect much going into it; I knew that it was directed by one of the directors of John Wick, so the action scenes and stunts were likely to be awesome, but with no Keanu in the leading role I was sceptical. However, Charlize Theron has perhaps outdone Keanu, delivering the most badass role of 2017.

Based off the British graphic novel The Coldest City, Atomic Blonde is a spy action thriller set against the destruction of the Berlin wall. M16 agent Lorraine Broughton (Theron) is sent into Berlin in order to regain a list of double agents, a plot that on paper seems cheesy and unoriginal. Perhaps it is both of those things, but it didn’t really bother me, as what unfolded was non-stop action and beautiful visuals accompanied by a great soundtrack of ‘80s hits. There is a 9-minute sequence towards the end of the film that is worth the price of admission alone. It is one of the greatest action sequences ever filmed; it was all done in what looks like one shot with expertly realistic stunt-work.

There was a danger that the film would take itself too seriously and be wrapped up too much in its own plot. However, the film is consciously self-aware, drawing comedy from its ridiculous tropes. James McAvoy’s comedic performance as the erratic David Percival also proves once again that he is well suited to character acting.

This film has all the makings of a future cult-classic; it’s over the top in every way but it works perfectly.